The ancient planter boxes here on the porch of Casa de LOUD! leave a little to be desired. They're shallow and narrow and, according to the termite guy, definitely a food source. There's a chaotic an eclectic mix of flowers in residence, foxglove and cosmos and petunias and snapdragons, Iceland poppies and California poppies, portulaca, and weirdly virile and aggressive morning glories in the most beautiful shade of purple. Considering their gardener asks them to live in such crowded conditions, everyone's doing surprisingly well. That includes the daisies we planted in honor of Daisy. They make an appearance in every single bouquet. 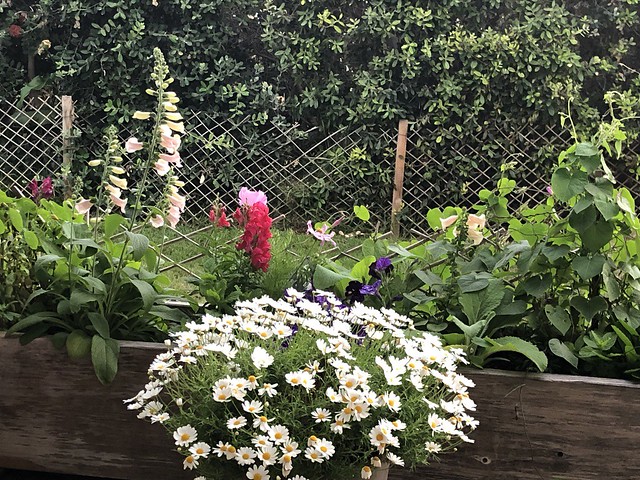 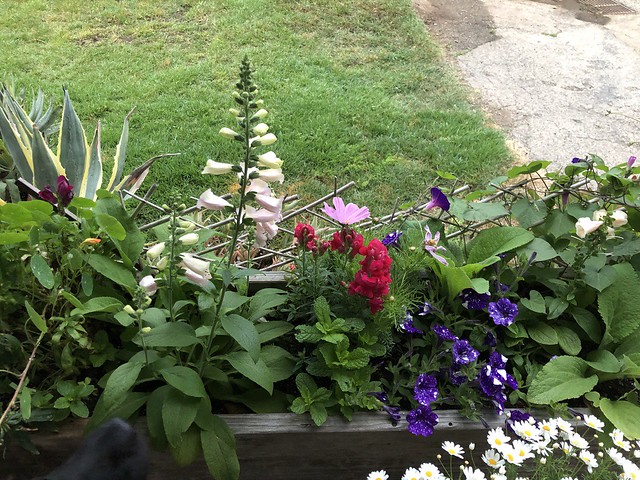 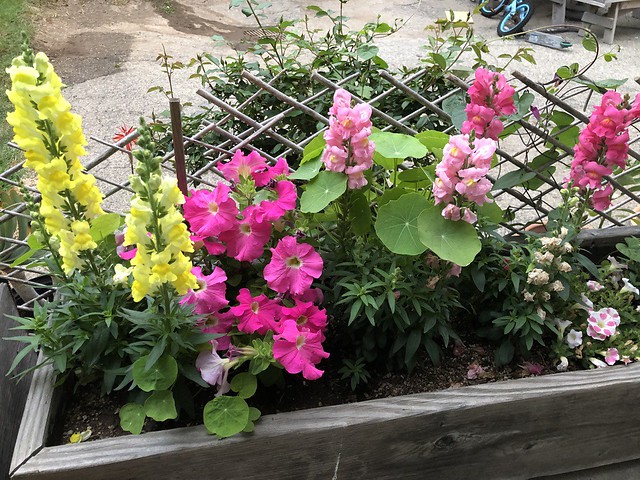 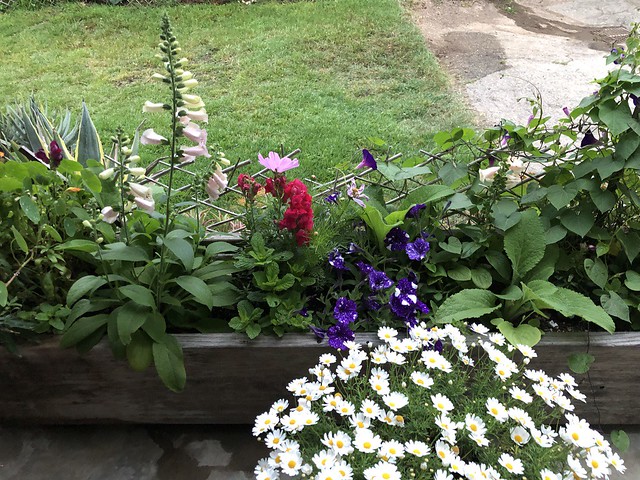 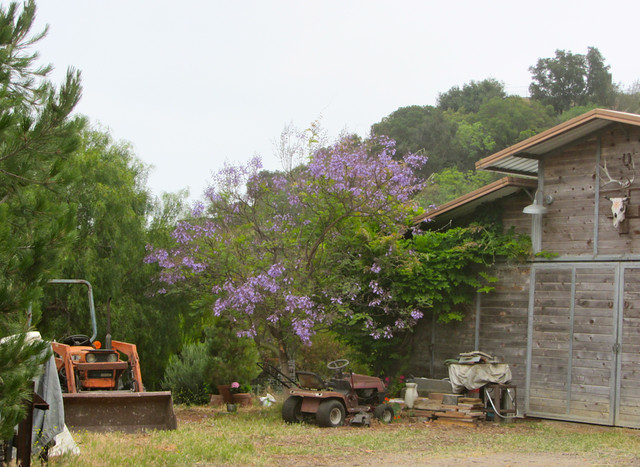 Do you ever get used to the magic of purple trees? 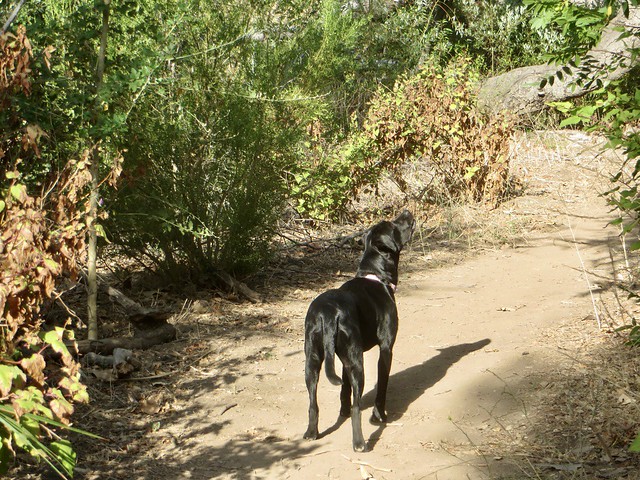 There's a squirrel family on one of our walks and Teddy is always entranced. 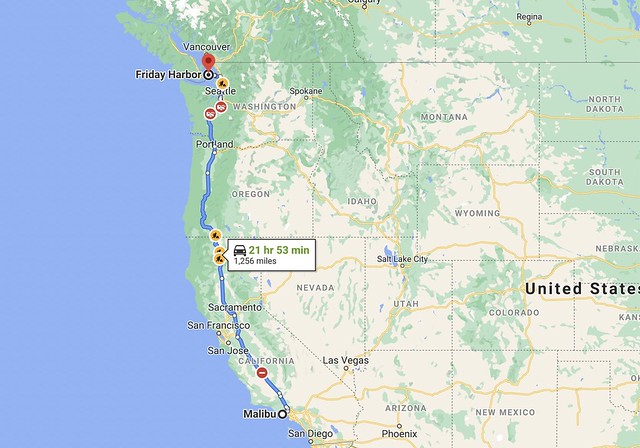 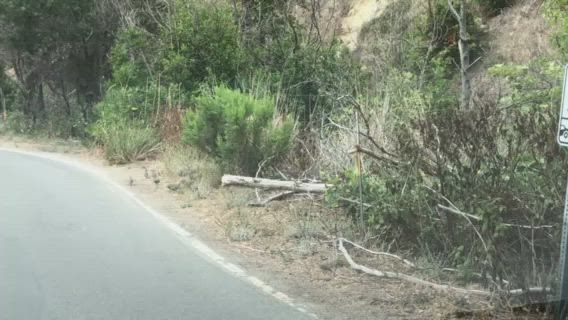 They're sweet and funny and earnest and jolly and it's just so good to see (and hear) so many coveys in Solstice Canyon again. 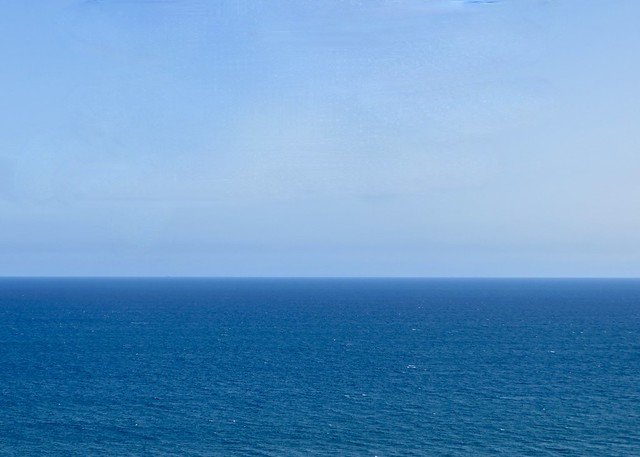 The marine layer is gone and the sky and Pacific are not only visible again, they're giving us their best and brightest blues. 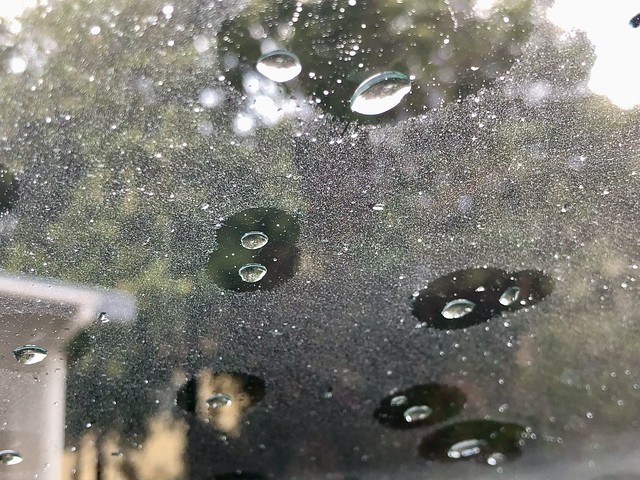 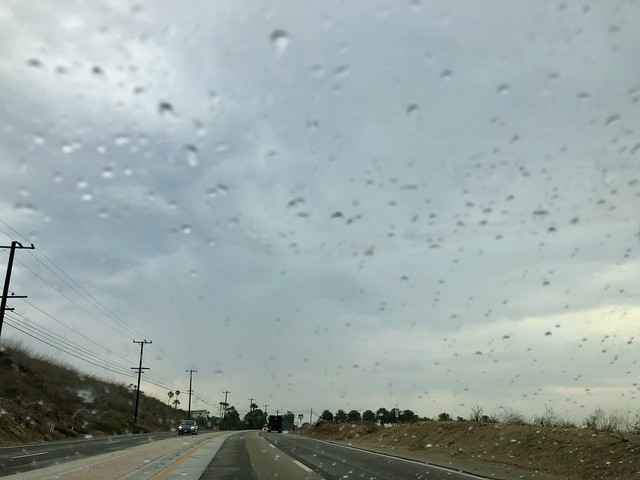 We had just been talking about the terrible drought and how we had only two storms in Malibu last winter when the next morning, it rained. Just for half an hour and not really that much, but still, it smelled and felt and looked amazing.

Let's see -- what's been going on around here? House guests, for one, which was fun and strange and delightful. Also illuminating in just how much social ground you lose in extended isolation. Teddy was in doggie daycare when they left and was not happy to come home to an empty guest room. She hopped on the bed and looked sad and could only be comforted with a dog treat.

ALSO, something so unexpected and implausible happened, it sucked up an entire week. My mom was among the countless older adults who get burglarized in their retirement homes each year. She lost several lovely pieces of jewelry, including her engagement ring and a bracelet that my grandmother had custom-made in Paris in 1944. It's quite distinctive and I've been searching for it online ever since.

Last week, after almost two years, I actually found it. Sent the link to family and friends, asked for extra photos, compared them to photos of my grandmother and then my mother wearing the bracelet over the years and decades. No question, same bracelet. Told the detective and the DDA on the case that I had found it, but no interest. Impossible to prove they said. So I bought it. It arrived yesterday and it's unmistakably my mother's bracelet. It's shocking that we got it back. Seeing it is like having her in the room again. I hope she somehow knows we found it. She would be so happy. 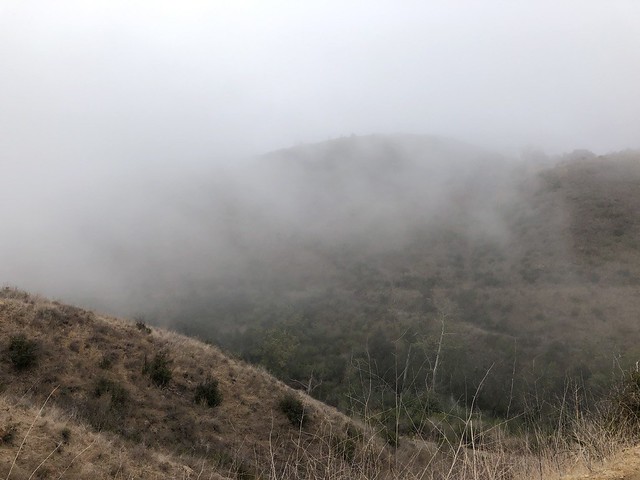