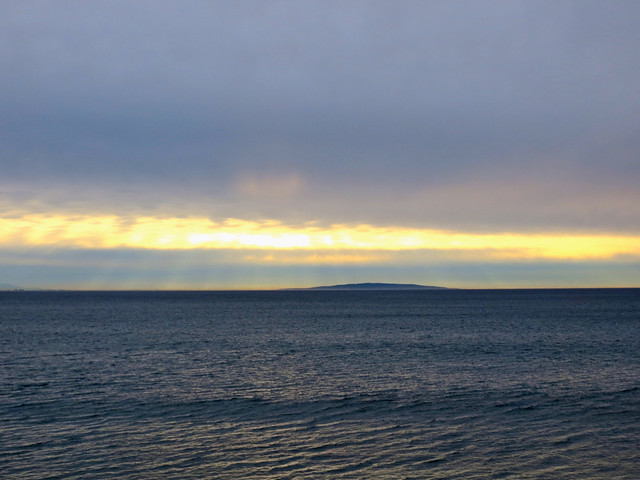 We've caught the edge of a bit of weather, though the most we're promised right now is clouds and maybe maybe a little but not much and really, not very likely, just a hint of it, rain. It's because The Ridge is back, not as strong as last year but still disruptive.

So here's the beach this morning, the feel of rain in the air, the look of rain on the horizon, and the real thing falling north and south and east and west of us, anywhere, seemingly, but here.

It'll be at least until March before anyone other than repair crews get to drive this stretch of PCH between Yerba Buena Road (not to worry -- Neptune's Net is still open) and Las Posas Road.

From the Caltrans press release:

Ongoing Work At postmile marker (PM) 4.0 a slide approximately 40 feet wide and 80 feet deep washed away on the beach side of the highway. Crews will place large boulders to secure the slope. A crane will sit in both lanes of the highway to complete this operation. Then geotechnical fabric will secure the hillside, and guardrail will be replaced. Caltrans worked with utility companies to remove their utility lines so that crews can begin repairs.

At PM 4.2 (Big Sycamore) another slide has undermined the highway and will need to be stabilized and rebuilt. Caltrans is working with environmental regulatory agencies for the necessary environmental permits to initiate the work at this location.
Rain storms, debris slides, strong waves during December caused extensive damage along the highway in the Springs Fire Burn Area.

Work already completed under the $7 million emergency contract with Union Engineering of Santa Paula includes 400 feet of shoulder and slope repair at La Jolla beach, mud removal from the roadway, and hillside debris and rock removal.

And no, cyclists and pedestrians aren't allowed either. 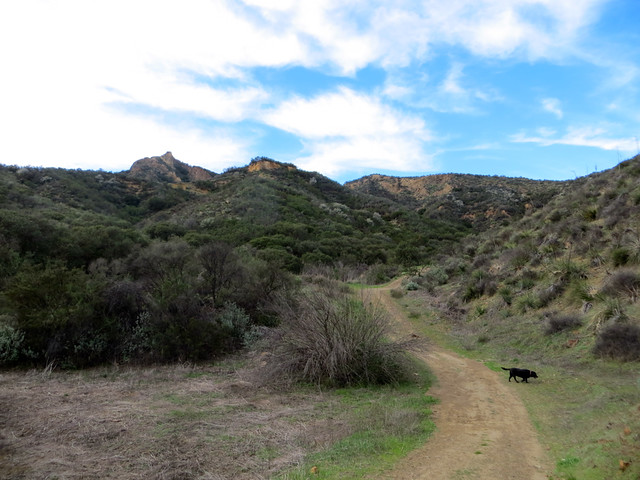 We've had less-than-normal rain and more than our fair share of hot weather this winter but even still, the mountains are turning green.

Of course there's an American Pie Council, and if they had any real lobbying power, every day would be National Pie Day. 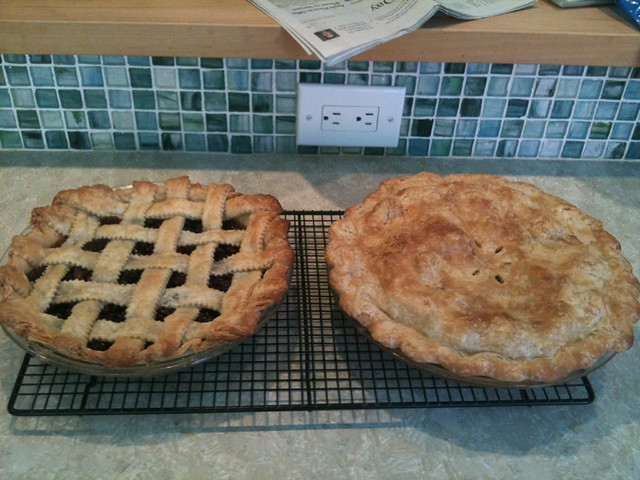 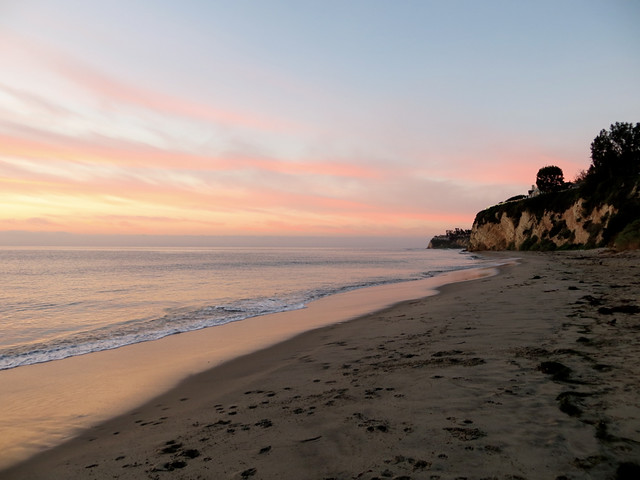 And then come the colors. 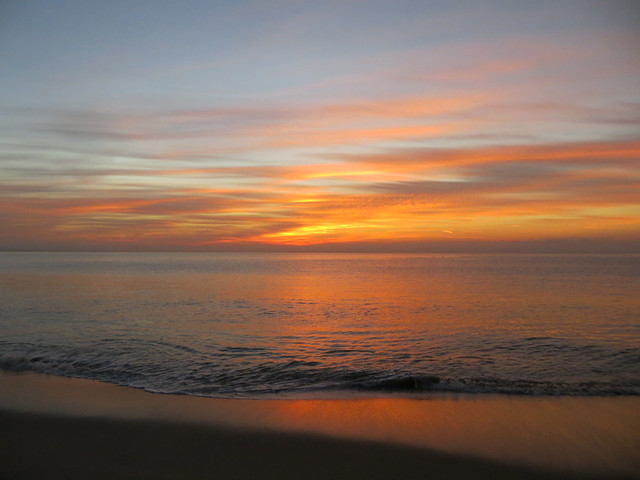 Smaller than a leaf... 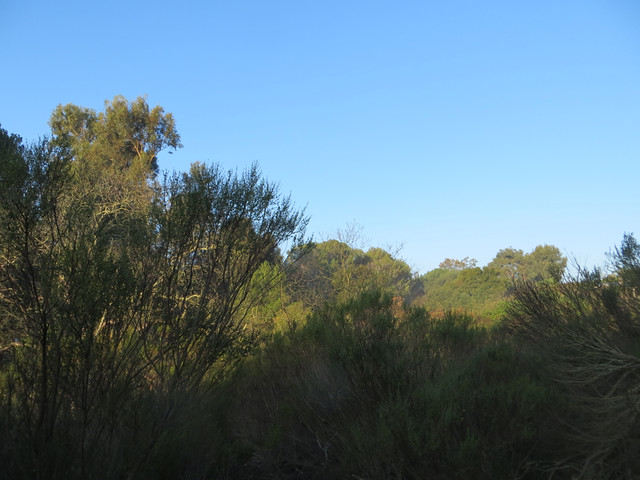 Small even for a hummingbird... 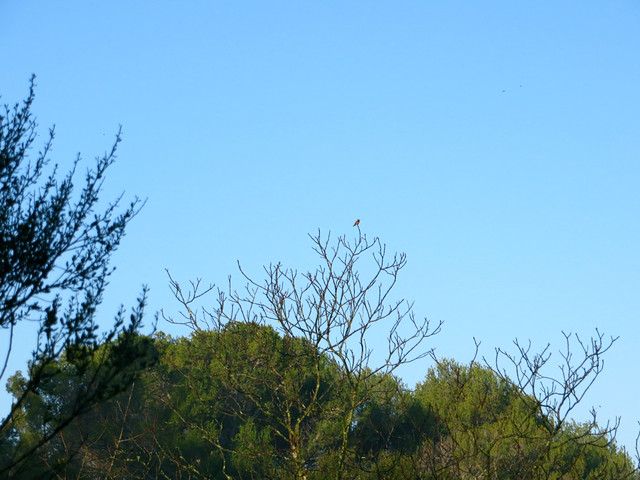 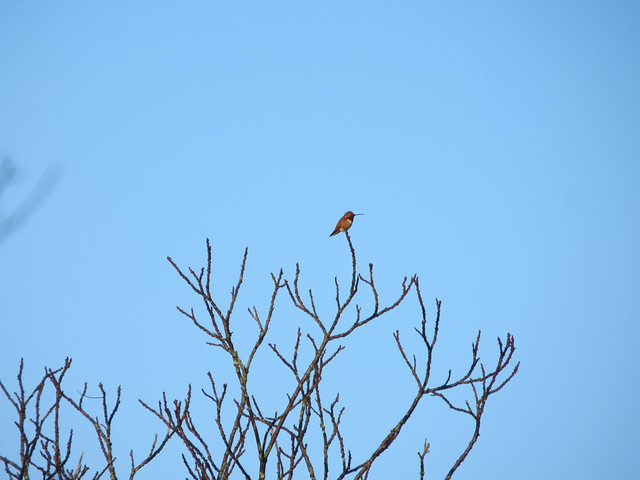 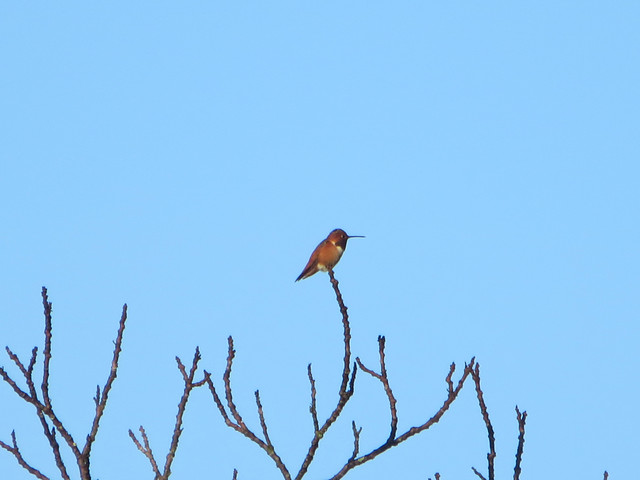 While all those movie and TV people were busy patting each other on the back Sunday night, the Malibu sunset very quietly took over the sky. 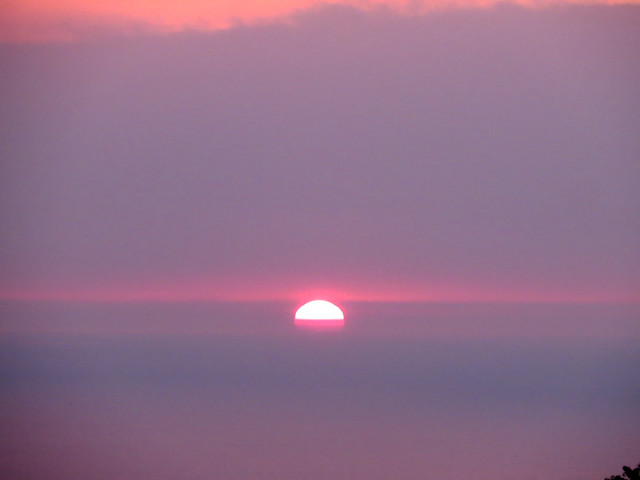 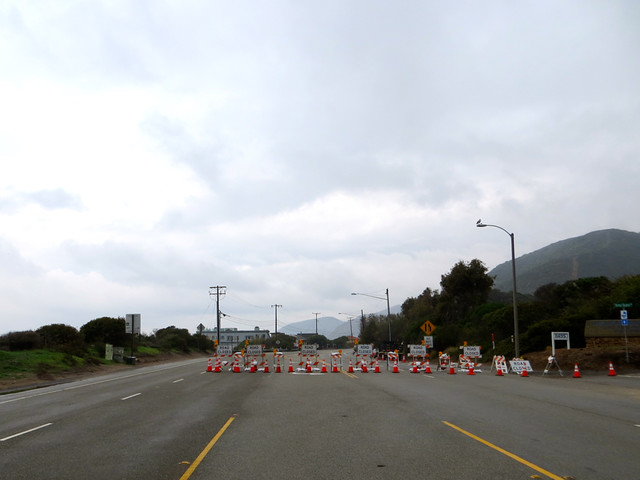 A month after the first big rains of the season sent tons of mud and rock onto PCH north of Yerba Buena Road, the coastal route remains closed to through traffic. Crews are clearing the road and Caltrans has sent climbers onto the hills to pry loose dangerous boulders with crowbars. Tentative re-open date? End of January.

Just two months after Measure R won 59 percent of the vote in Malibu, lawyers for the Malibu Bay Company and Steve Soboroff's The Park at Cross Creek LLC have filed a 17-page complaint in U.S. District Court to block the fledgling law.

Measure R, which gives Malibu voters veto rights over commercial developments larger than 20,000 square feet, made national news last fall as director Rob Reiner and Soboroff, president of the Los Angeles Police Commission, became the public faces of the fight over curbing development in the city. The law also includes a limit on the number of chain stores allowed.

David Waite, the lawyer who filed the suit on behalf of the property owners, called the law "misguided", and told the LA Times that "Measure R fails the most basic requirement of lawful legislation. It is arbitrary, discriminatory and lacks a reasonable and rational relationship to a proper legislative purpose."

So far, the city seems pretty sanguine about the suit. From the Malibu Times:

News of the suit, which was filed on behalf of The Park at Cross Creek LLC (owned by Steve Soboroff) and Malibu Bay Company, comes less than a week into the new year and barely a month after the new law hit the books. It seeks to permanently bar the new law from ever being enforced by the City of Malibu.

City Attorney Christi Hogin called the suit "premature" but indicated that her legal team is up for the challenge of defending Measure R.

"I'm confident that the city will implement it in a way that's consistent with the Constitutions of the United States and California, and I think it's pretty quick on the trigger for property owners to run to the court and complain about it," Hogin said.

Hogin scoffed when asked if an outside counsel could be needed to face the suit.

"Anyone who thinks I would shrink from a fight doesn't know me very well," Hogin said, adding, "I didn't read anything in the lawsuit that surprised me or deeply troubled me."

Here's some post-election coverage of the law from the Malibu Times, and a story about similar laws in other California cities.

You know who else isn't all that worried about the lawsuit? 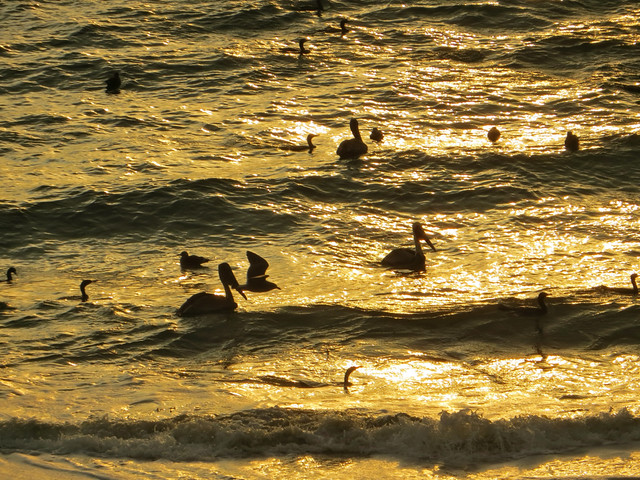 You didn't think I could write a post without a photo, did you?

With their numbers decimated over the decades by hunting, habitat loss and pesticides (DDE in particular) it's heartening to see one of these fierce birds do well in Malibu.

This one has been visiting a snag in Bluffs Park the last few days, close enough to PCH that people are pulling over to stop and take a look. Last year volunteers from the Student Conservation Association built an osprey perch in the Malibu lagoon, and visitors to the Adamson House often get photos of the raptor hunting. (Well, fishing.) 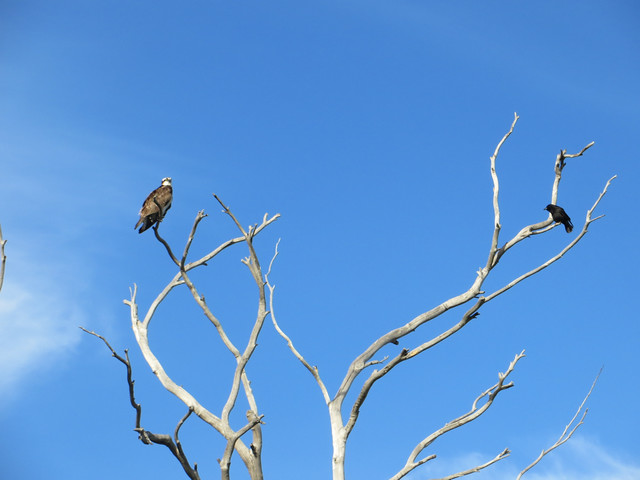 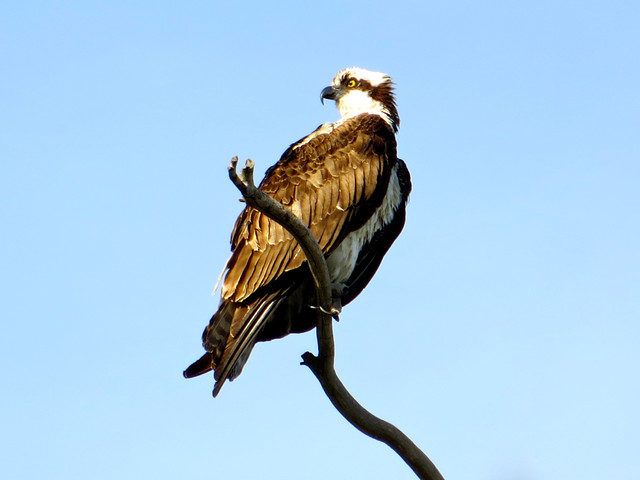 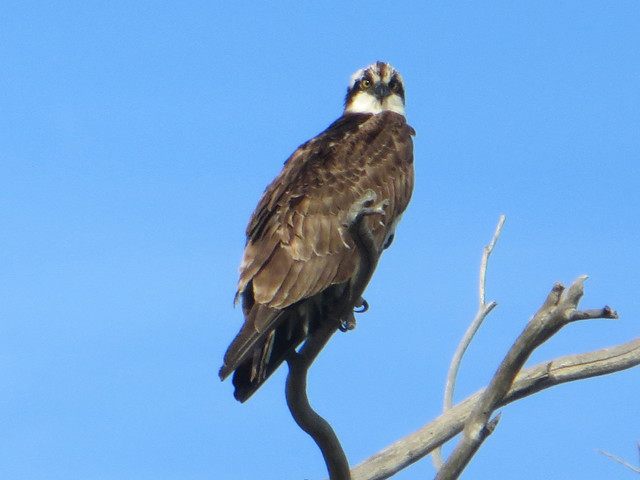 Nice sunrise today, nothing too complicated for this, the first Monday of the year. The extra padding of the post-holiday weekend is gone, the inane and annoying obligatory year-end lists are done with, and those schadenfreude-y 'you'll never keep your resolutions' stories are winding down.

Did you make any? Resolutions? Mine are pretty simple: pay cash for gas at filling stations, and catch (and share) the occasional sunrise.

Here it is, first light in Malibu, the blues and pinks so pure this morning: 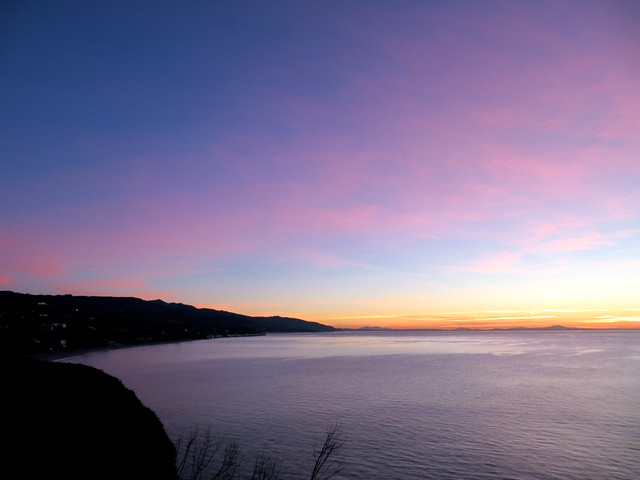 A sailor slept in:

We could see downtown: 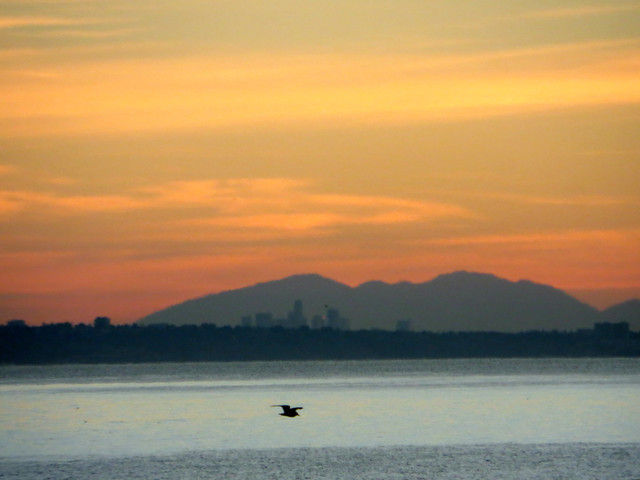 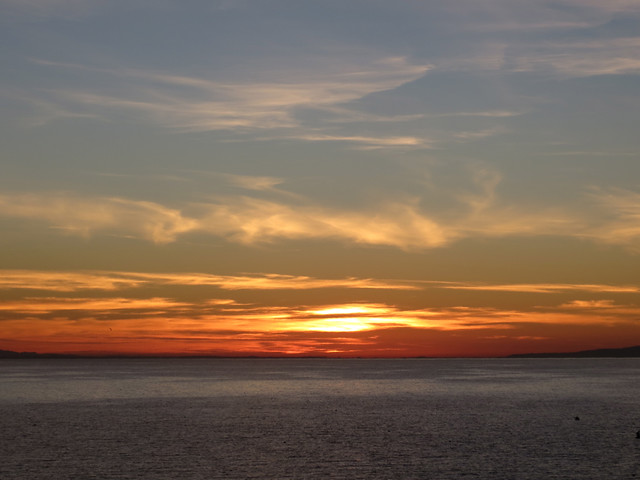 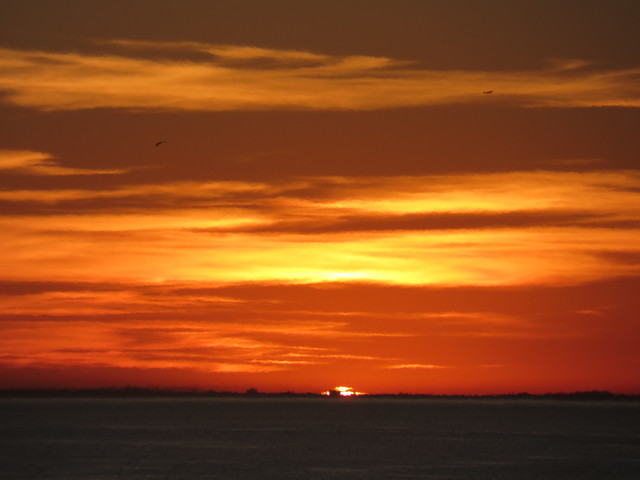 Just 32 degrees at the beach yesterday at sunrise, and even lower than that today in the Santa Monica mountains.

We saw ice on the lake: 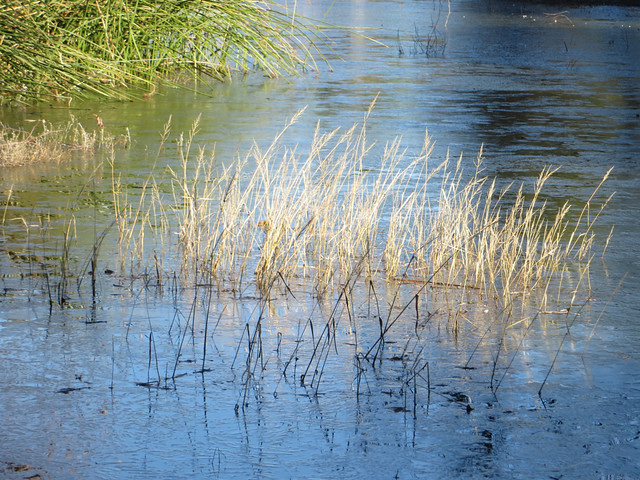 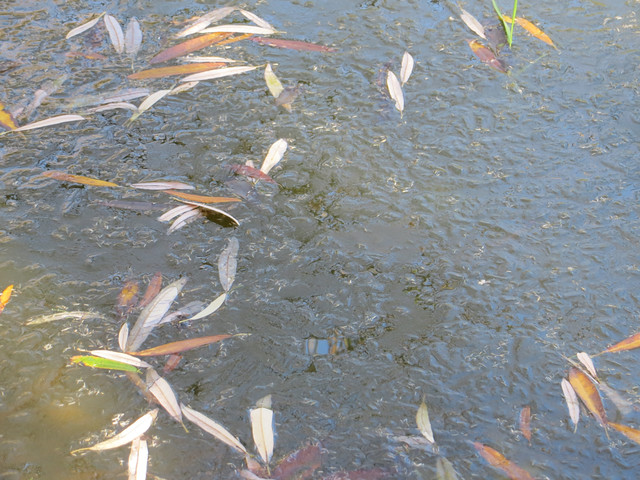 And a pair of startled ducks who skidded in for less-than-graceful landings. 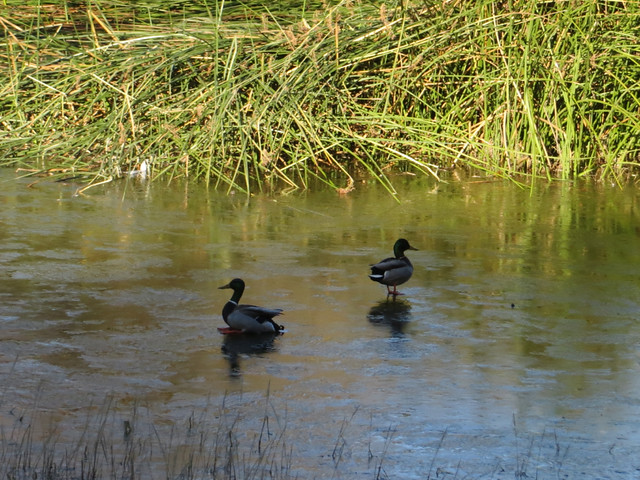 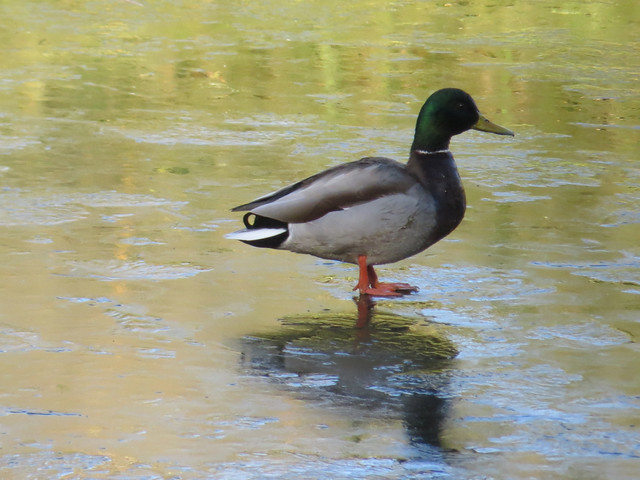