A new set of coyotes, four of them, have become regular visitors here. They're taller and leaner than the other pack, but with that same coyote nonchalance. 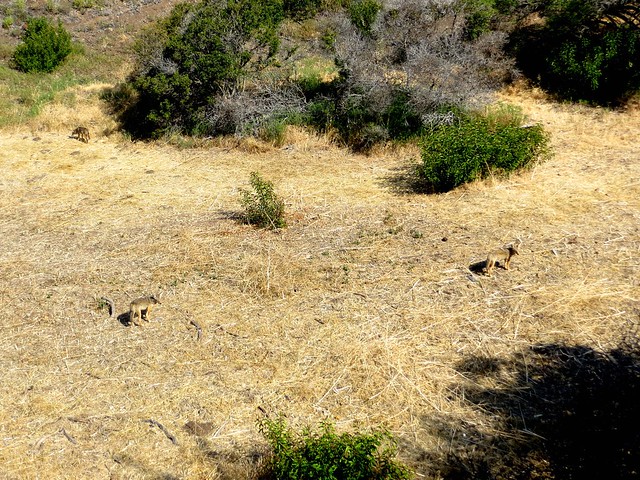 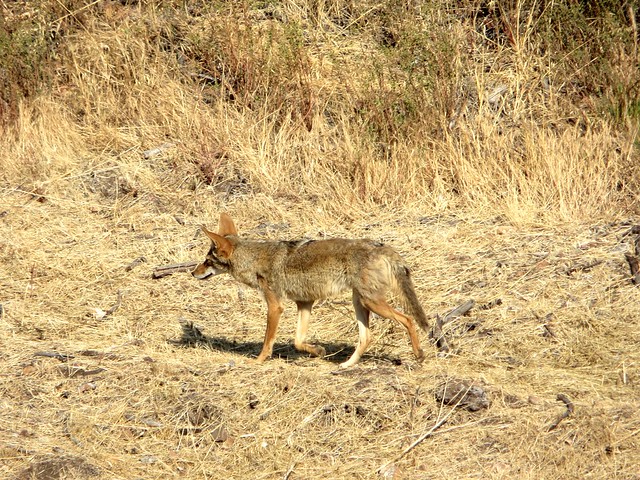 Walter and Maisie were going nuts while I got these shots, the Tiny Labrador stationed down by the fence, literally hopping (woof!) up and down (WOOF!) with impotent rage. 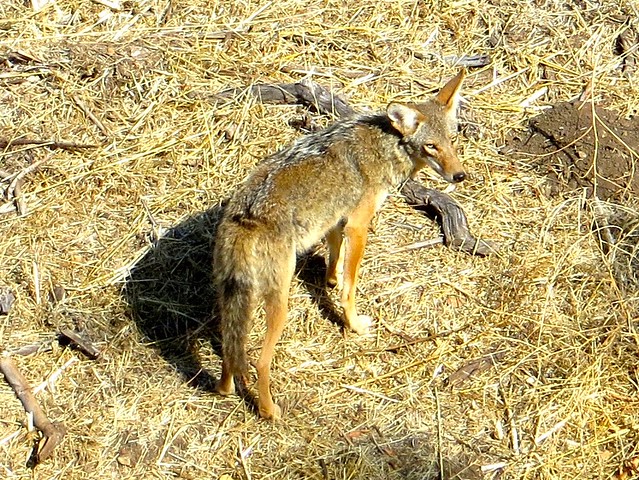 The coyotes ignored her, barely glanced at Walt. It wasn't until they heard the neighbor's dog, a yappy toy breed of some kind, yipping at them from her yard, that they showed any interest. One by one they sited her, sniffed the air, exchanged glances and stared. 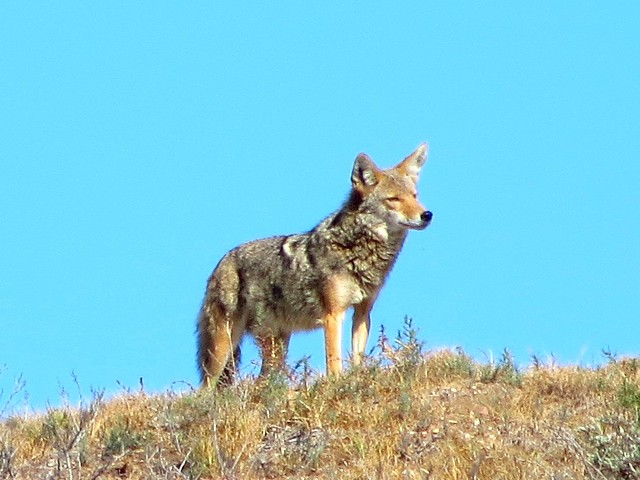 The yappy dog suddenly stopped barking. Walter went into the house. Maisie stayed down by the fence line, but her barks no longer had the ring of conviction. 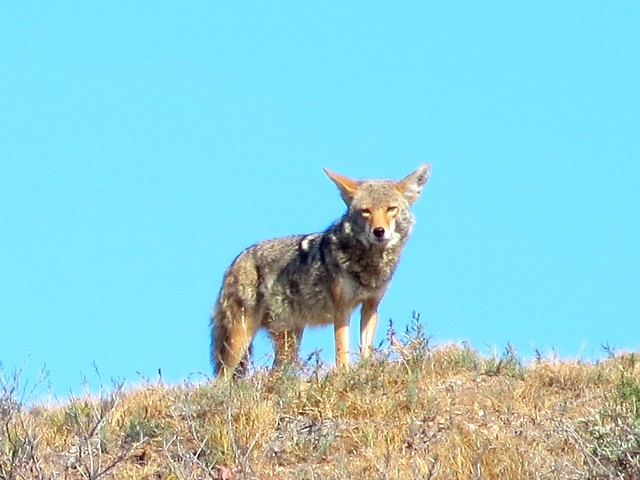 Previous story: Wednesday with Walt
Next story: June gloomy
LA Observed front page | Media | Politics | Business | Arts | Place
New at LA Observed
Testing testing
Another owl in another oak
Another shot of that handsome owl
Two minutes with a great horned owl
IT RAINED!
Happy birthday Teddy!
Yes, still here. Yes, still struggling in the spooky silence of a shuttered LAO
The marine layer these days
Vista
An update from the world's worst blogger
Follow us on Twitter
On the Media Page