You know that fuzzy post-vacation feeling? 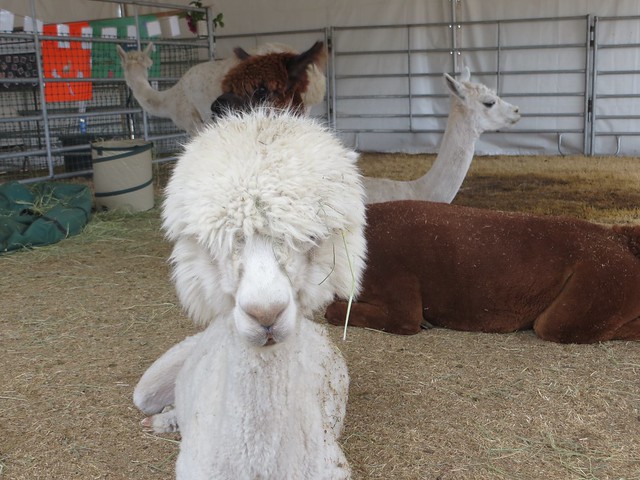 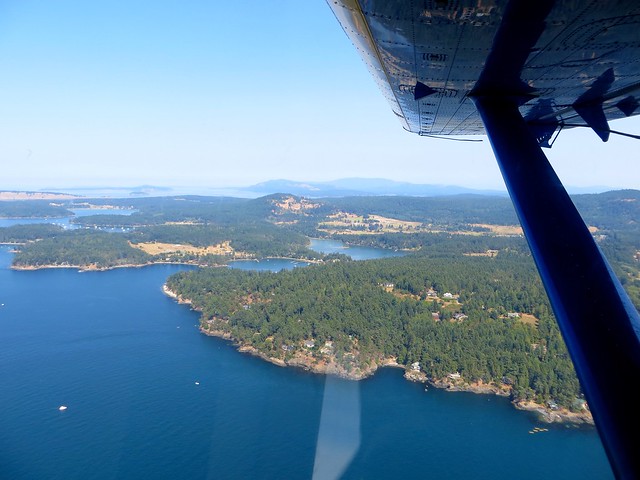 This tree -- my god, this tree. It has branches so long they skim the ground, a hundred feet -- no, more. No kidding. 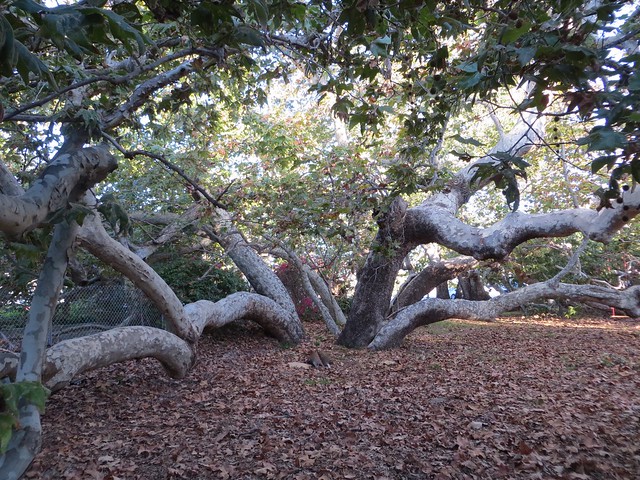 Someone at some point propped one up -- see the metal post? 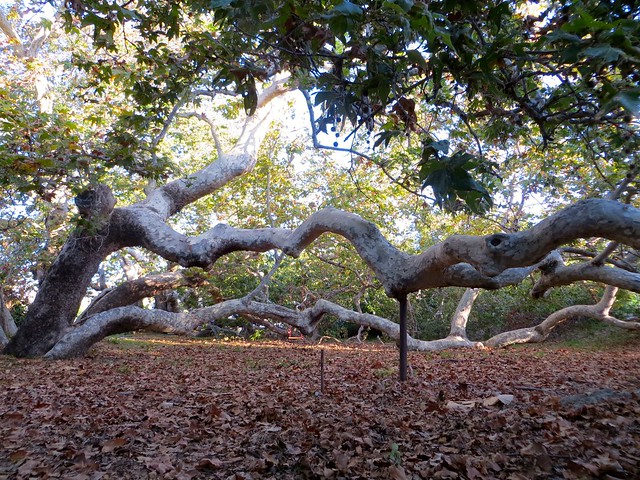 So it just kept growing. 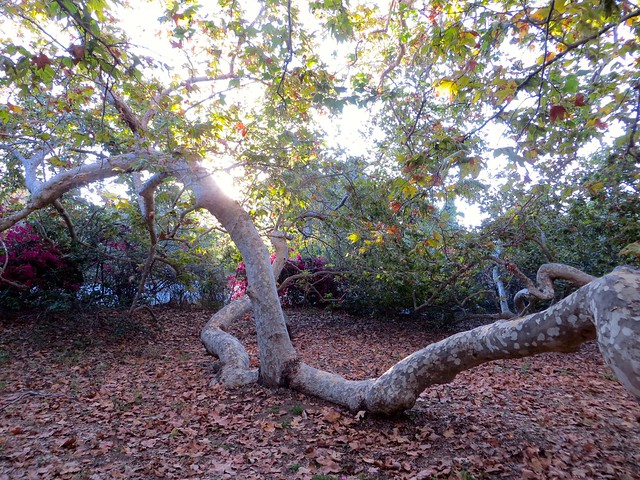 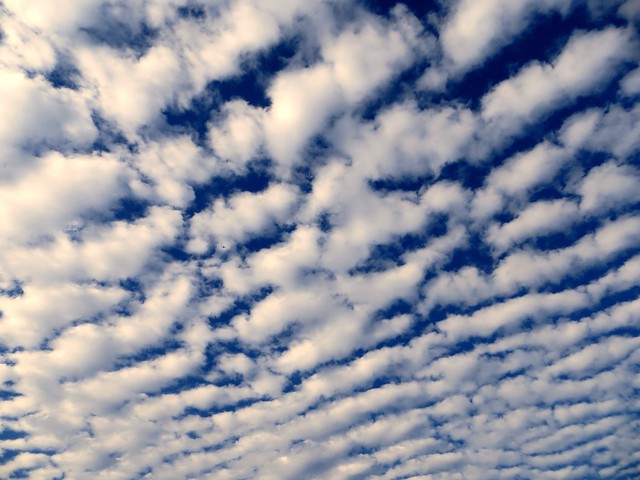 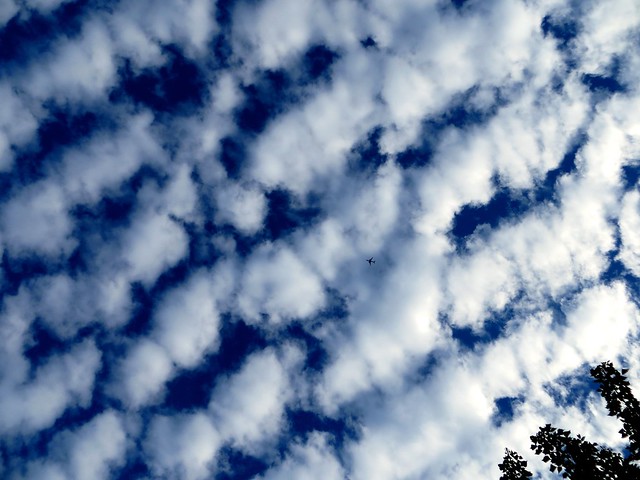 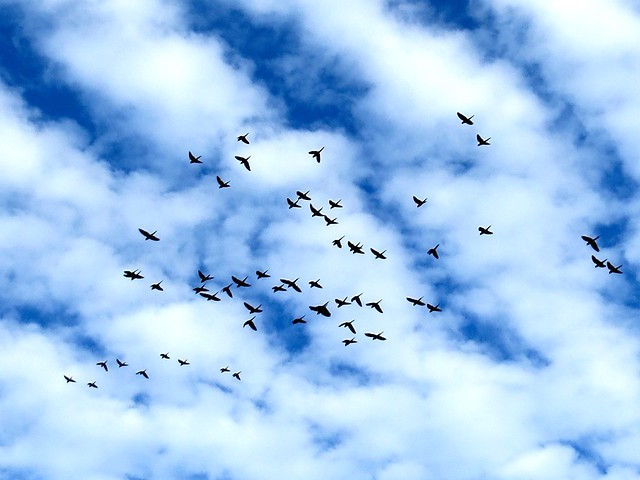 A little later, more planes. They seem awfully close together. 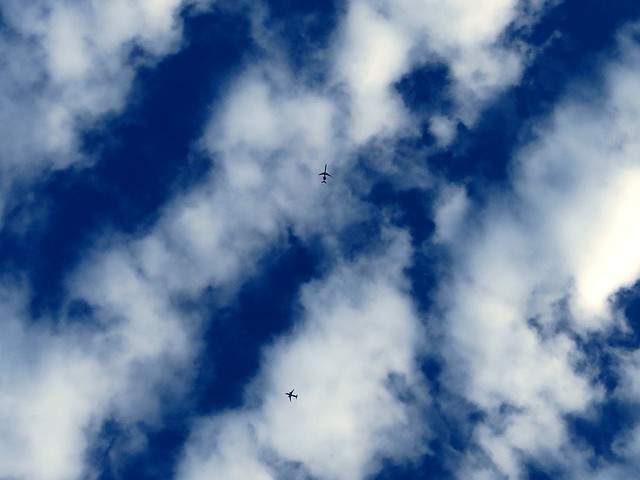 We hadn't seen the coyote family here for more than a week, then a few days ago the father emerged. 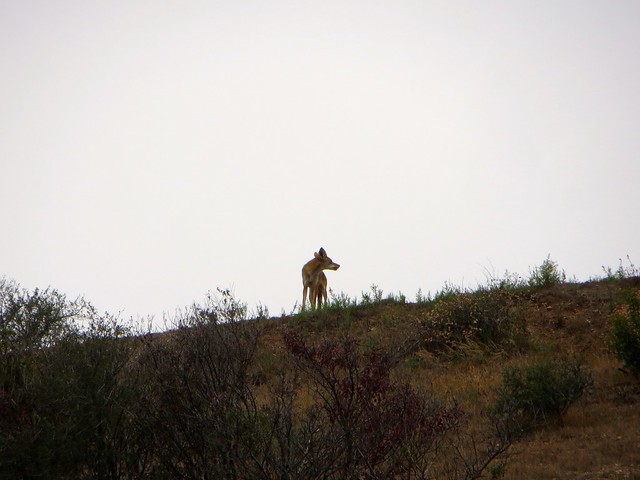 He paced the ridge, barking, an urgent and persistent call that sent the dogs here into a frenzy: 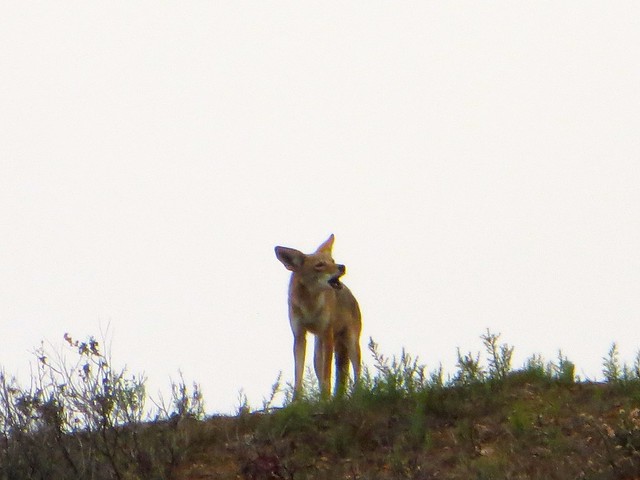 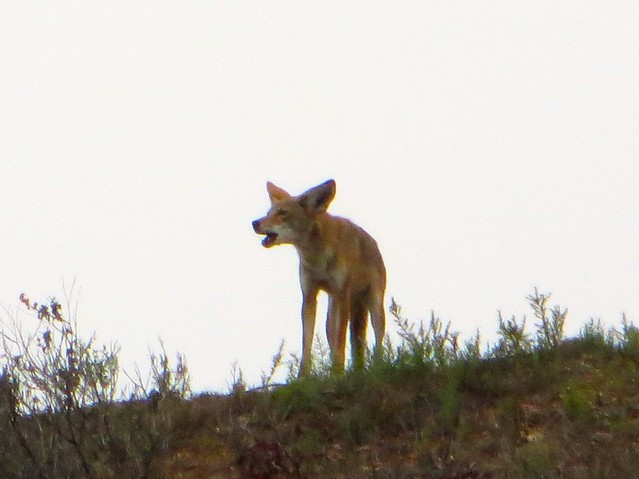 He descended the trail and listened for a while. 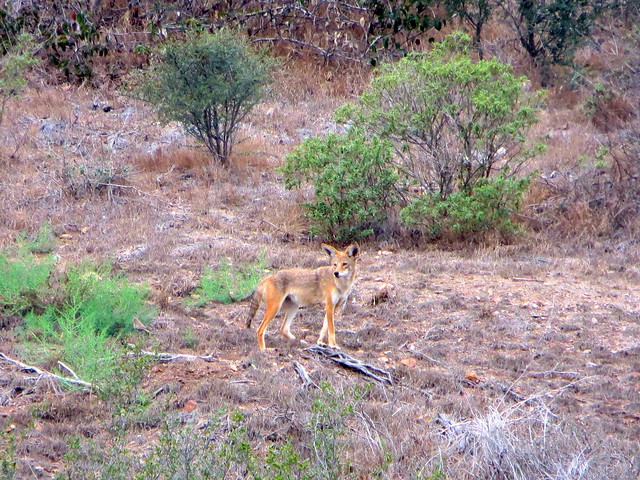 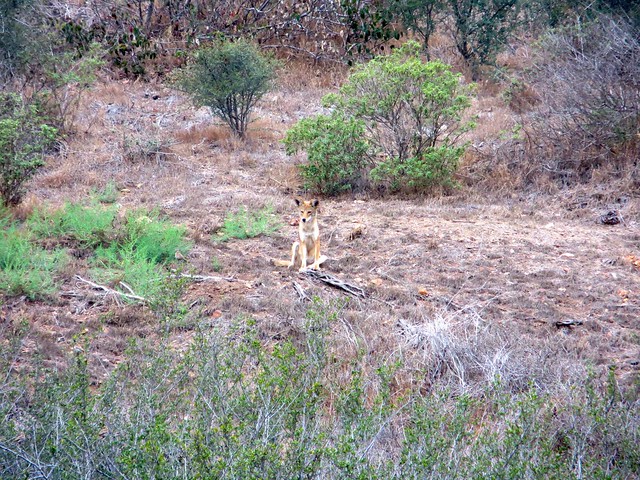 Just a few minutes after he took off, headed into the little arroyo that holds the den, his mate appeared and followed. No sign of the pups -- only two now -- though we heard them last night, squeaky voices learning to copy their elder's howls.

Point Dume in the distance: 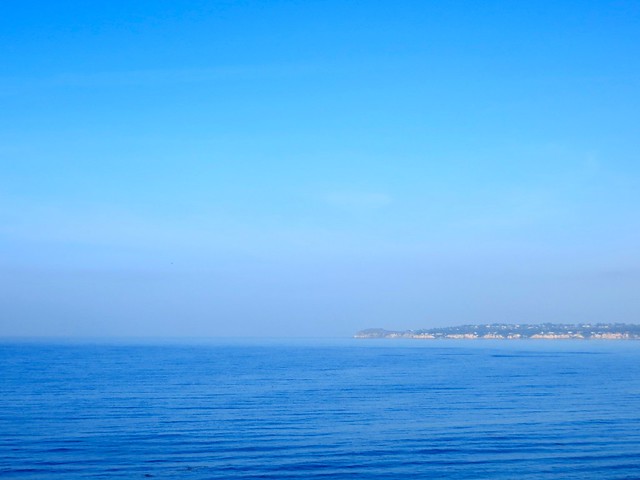 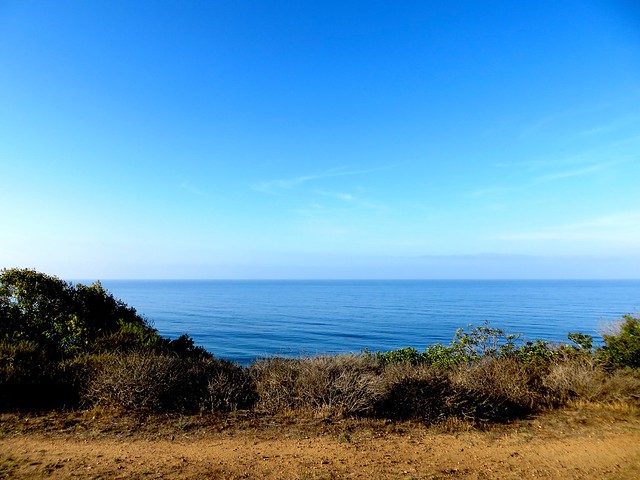 And Walt, enjoying the start to the day. 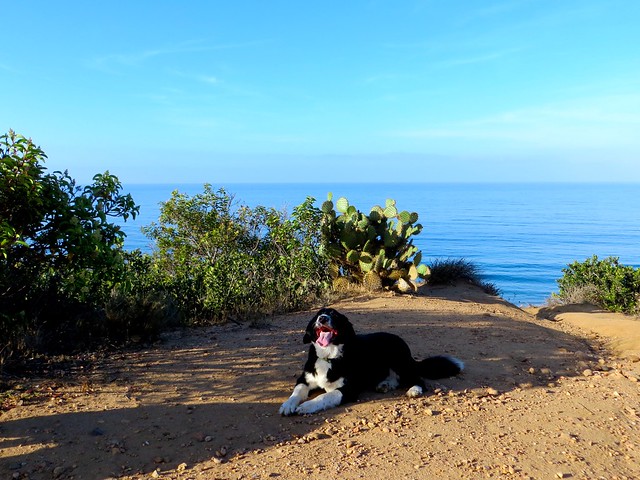