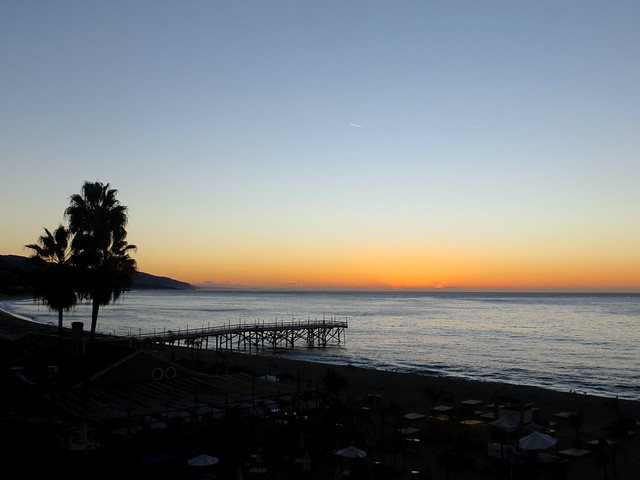 The canyon wind rose up last night and with it, the temperature. At midnight, 68 degrees. At 7 am, 74. Some sobering news from NOAA:

The September average temperature across global land and ocean surfaces was 1.62°F (0.90°C) above the 20th century average. This was the highest September temperature on record, surpassing the previous record set last year by +0.12°F (+0.19°C).

September's high temperature was also the greatest rise above average for any month in the 136-year historical record, surpassing the previous record set in both February and March this year by 0.02°F (0.01°C).

Cooler tomorrow the weather cast says, and then a warm weekend. We live in interesting times. Click the NOAA link above and you'll see.