I can't remember -- did I already post the gopher digging his way out of the Casa de LOUD! mudslide? It's pretty funny and it drove Walter crazy. 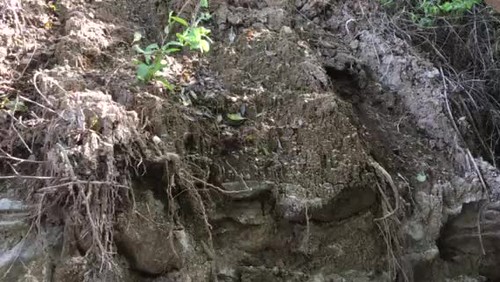 Didn't get his face on video, but here's the engineer responsible: 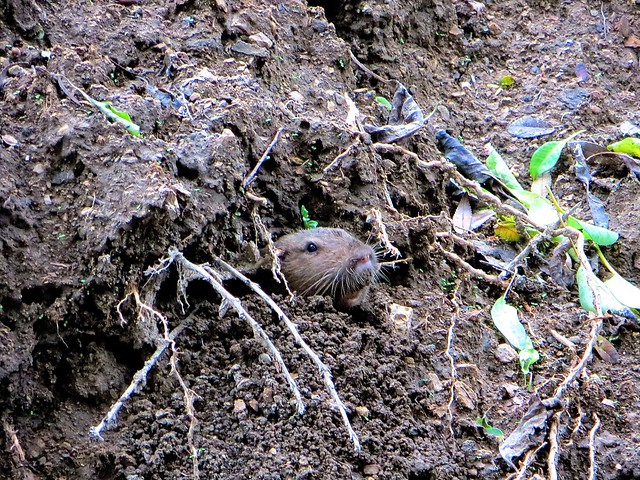 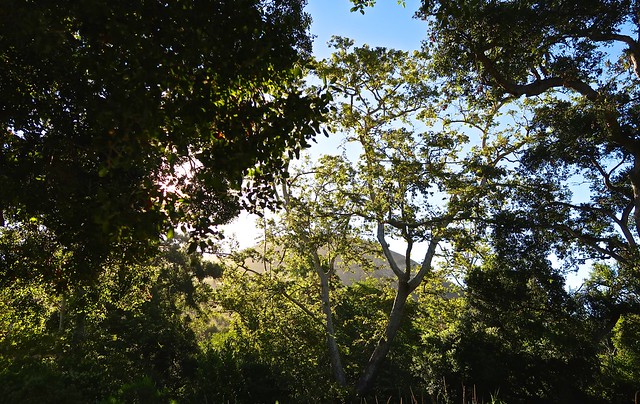 I know our turn for crushing heat will come soon enough so it feels ok to say that today was perfect, one of those summer days with sun and blue and warmth and shade all in perfect balance. 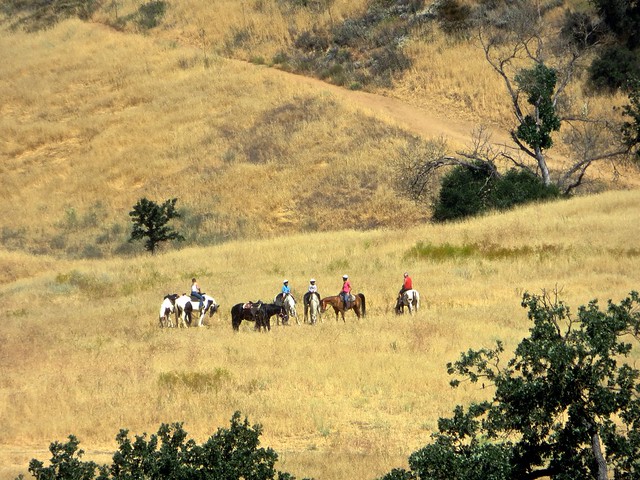 There was a time when horses outnumbered cars in the Malibu rancho.

And just like that, the hawk chicks have fledged and flown.

Last week I stopped, as I always do, to watch and listen. After a few visits in a row to a suddenly empty nest, was rewarded this time with a sighting. (Still not sure what went wrong but the shots from that day were unusable.)

The young hawk, smaller than his parents but admirably steady on his wings, flew by. He circled the quiet nest and landed on the branch above. He looked and waited a moment but no one was there. So he took off, caught a thermal, wafted up, his hawk-ish screech a bit thin but showing great promise. 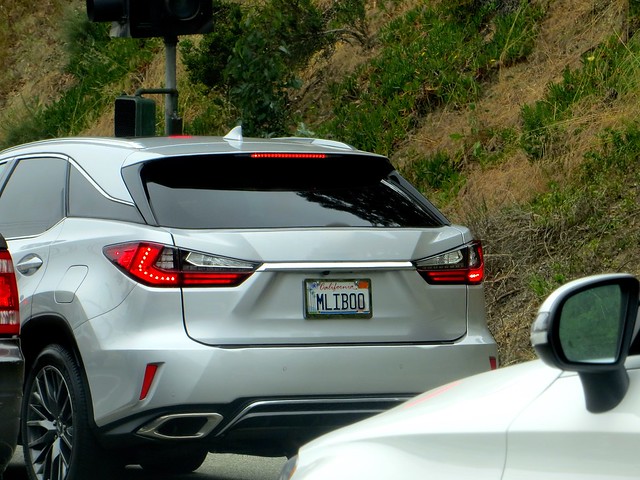 Coyote pup sneaks away from his littermates to join his father, who's on lookout duty up on the ridge. 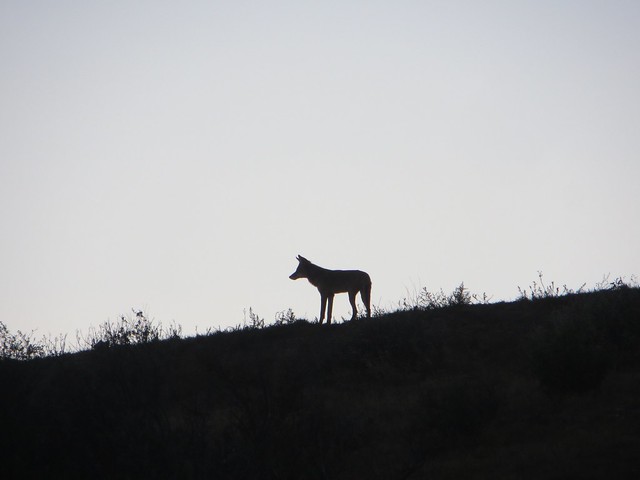 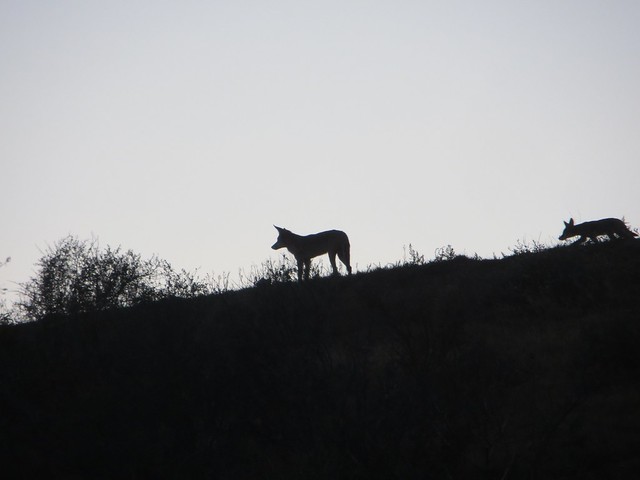 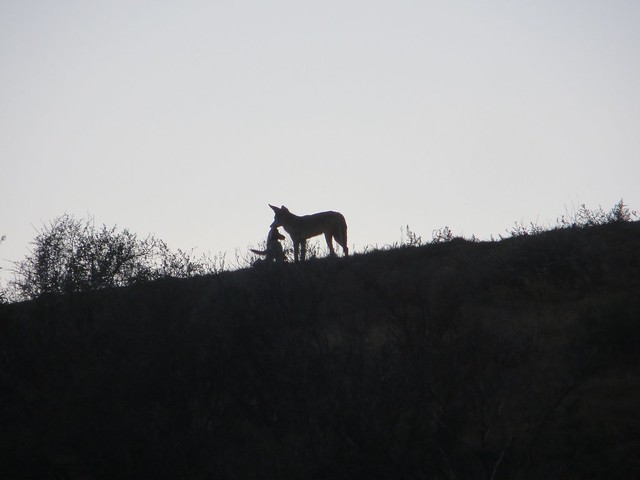 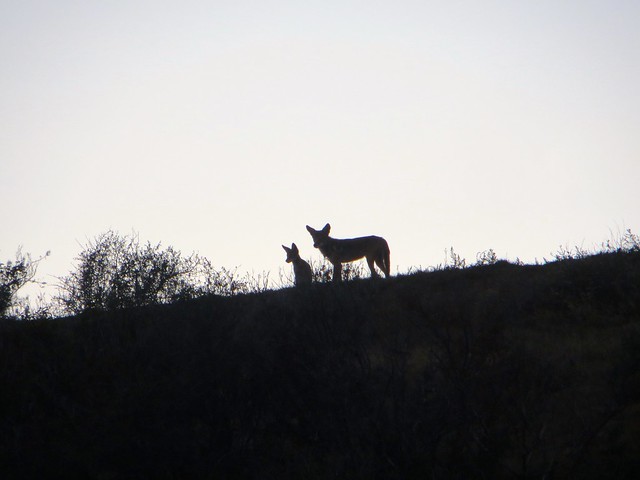 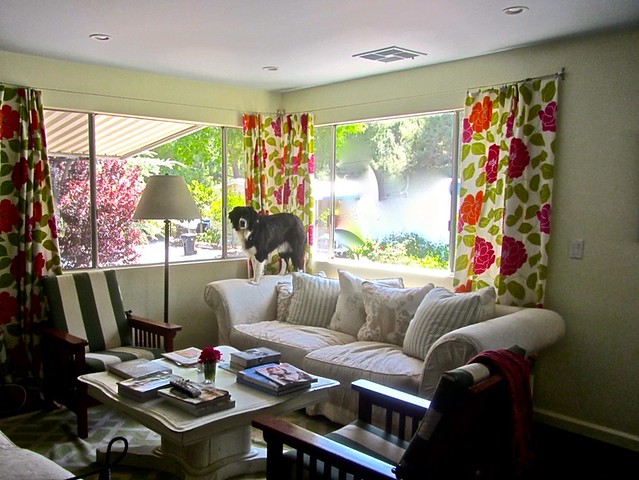 Walt's sentry post, where he kept an eagle eye on all departures and arrivals. 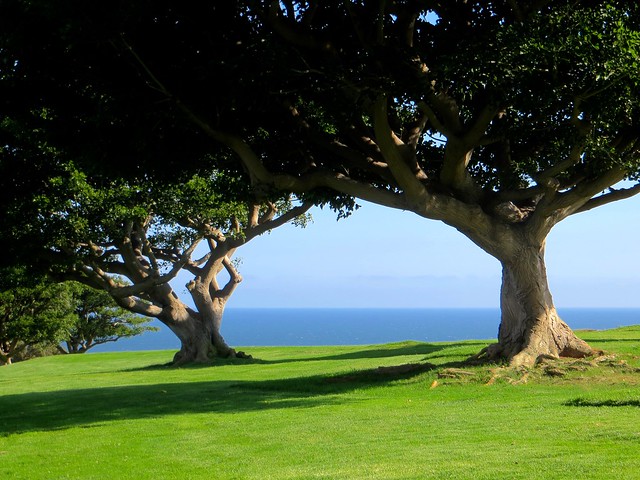 Longer days, warmer nights, and a light-hearted vacation-y vibe from the flow of visitors to our little town, all of it a sweet reminder that we're edging into summer, the solstice just a week away. 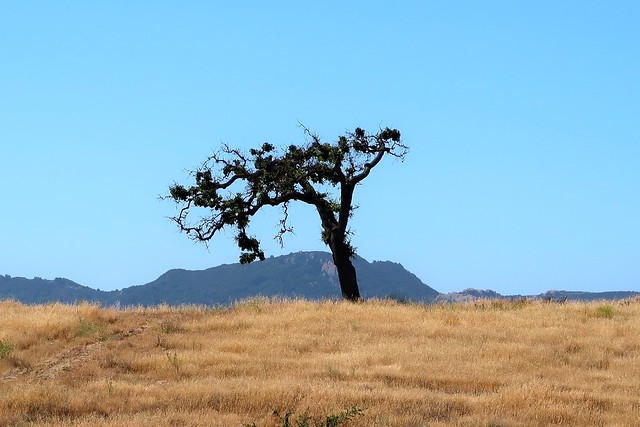 It's one of my favorite trees in the area, the lone oak, and after a winter of decent rain, it's leafier than I've seen it in years. 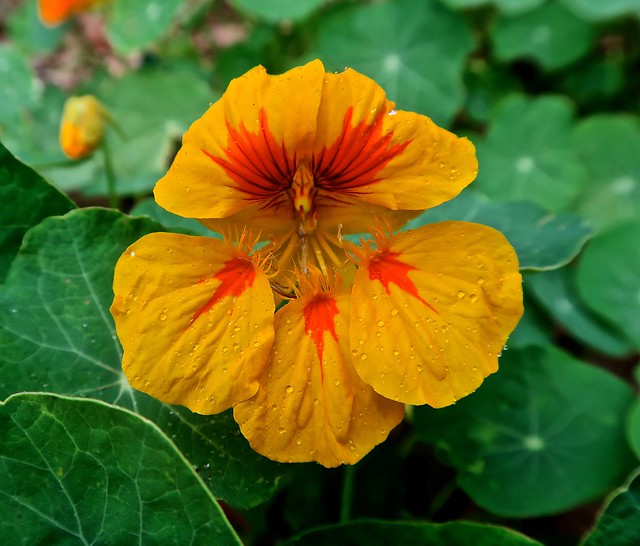 During the long weeks of May Gray and June Gloom (which we are about to sorely miss as the first of who knows how many heat waves bears down on us) the glow of these jewel-like flowers from the underbrush and near creek beds all over Malibu was irresistible. 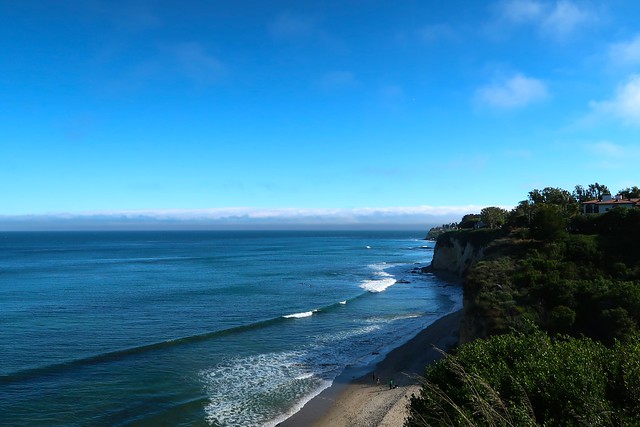 The regional 'can't quite decide' variation: 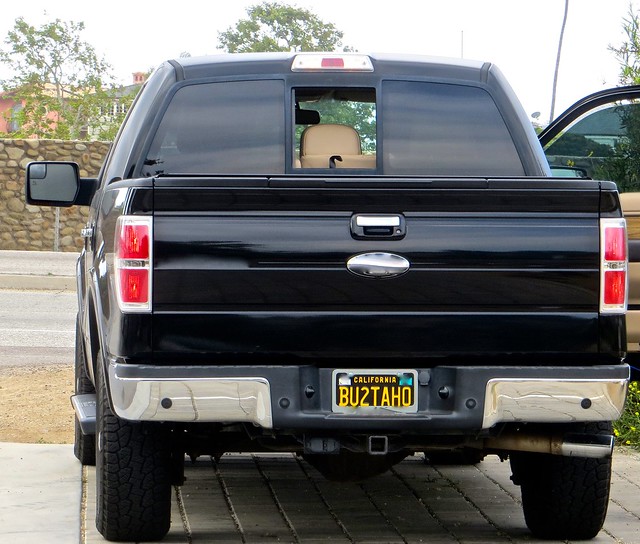 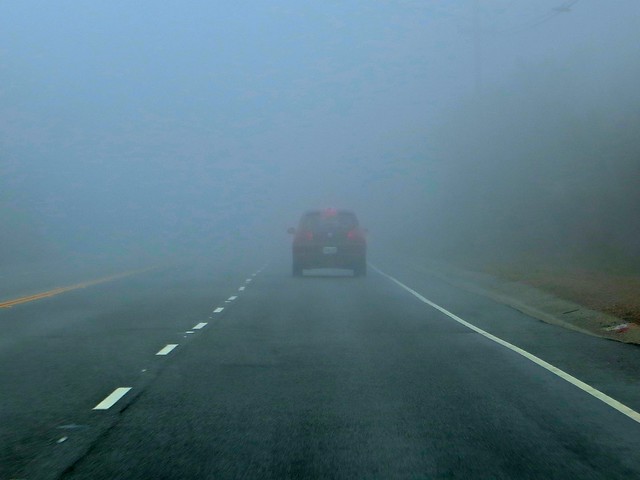 From a drive over the crest of the Santa Monica Mountains last year, in the fog that followed the rain.

...it's peak June Gloom and here on the sea side of the mountains, we're socked in. A little bit chilly and very gray, with low skies and muddy light.

So once again, here's the other edge of the marine layer, caught by the mountains, pushed back by warmth, drifting, evaporating. 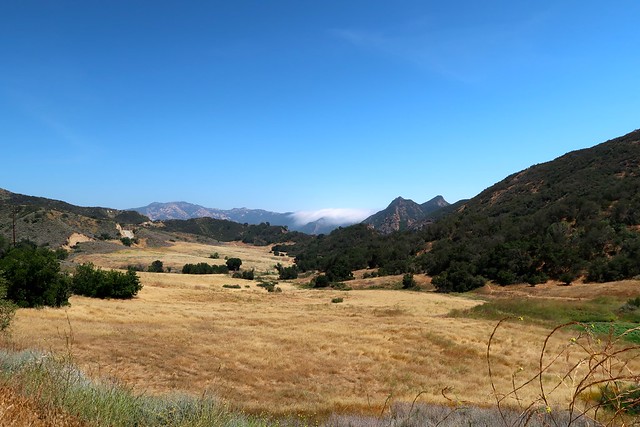 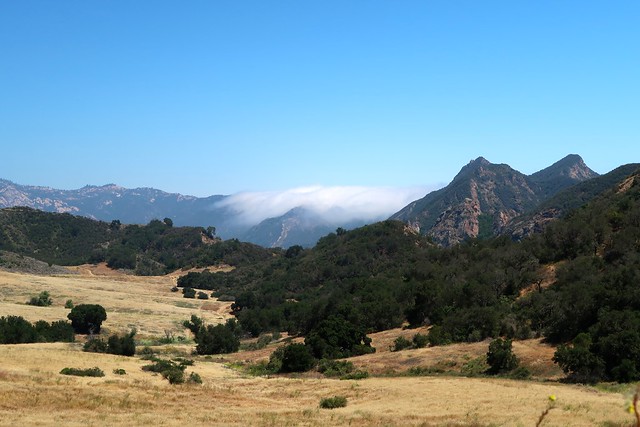 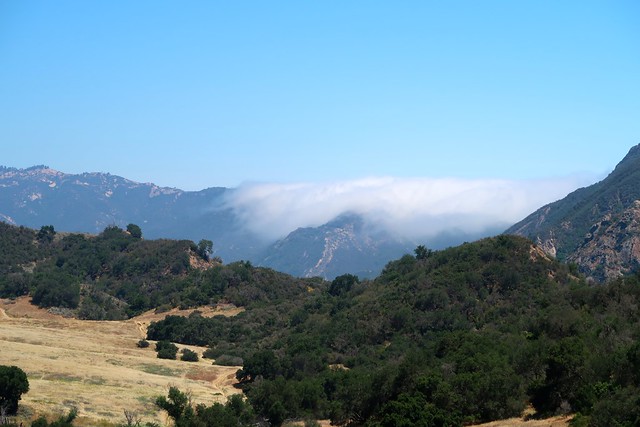 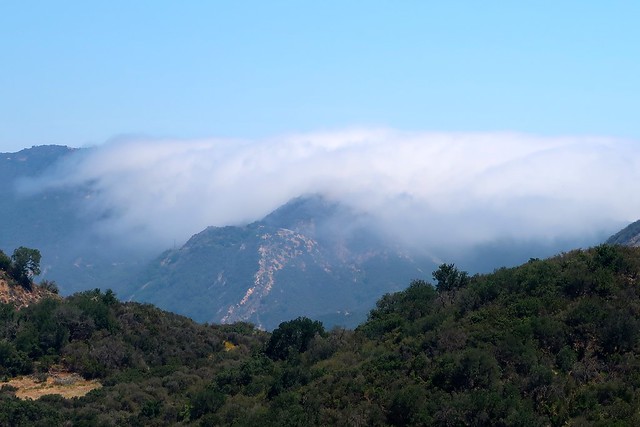 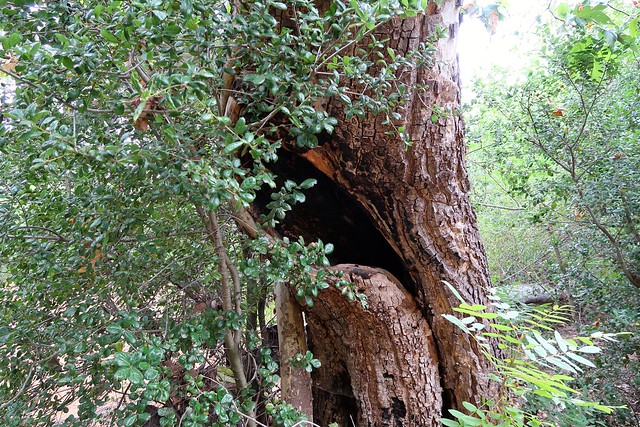 Waiting for the dogs to finish sniffing something delicious when the sound behind us, a low and constant hum, suddenly took on meaning.

Solstice Canyon, one of our regular morning walks now that the Tiny Labrador can't venture too far, was hit hard by fire in 2007. A decade later, one of the many trees hollowed out by the flames is home to a colony of bees.

They're very, very busy, these bees, with several flight paths leading to and from the tree. I would have shot a bit of video but they're so fast they don't really show up. And though they're certainly loud enough for audio, on this day the flock of parrots roosting and jousting above us was way louder. 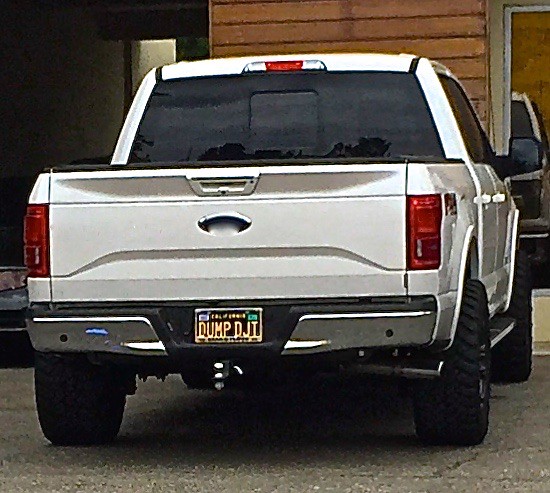 Shot by a friend who had trouble hitting 'send' because she was laughing so hard. 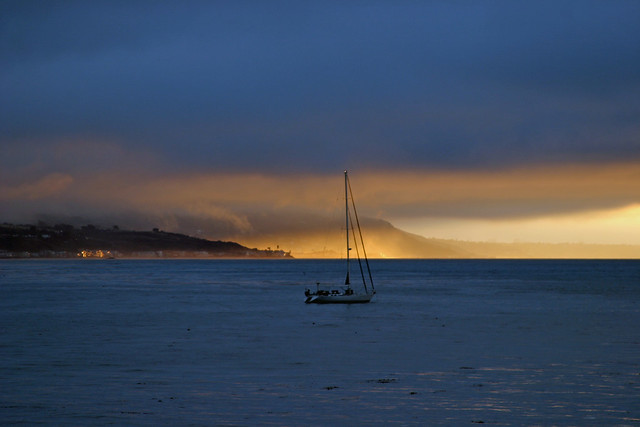 Another Paradise Cove sunrise, again from another time.