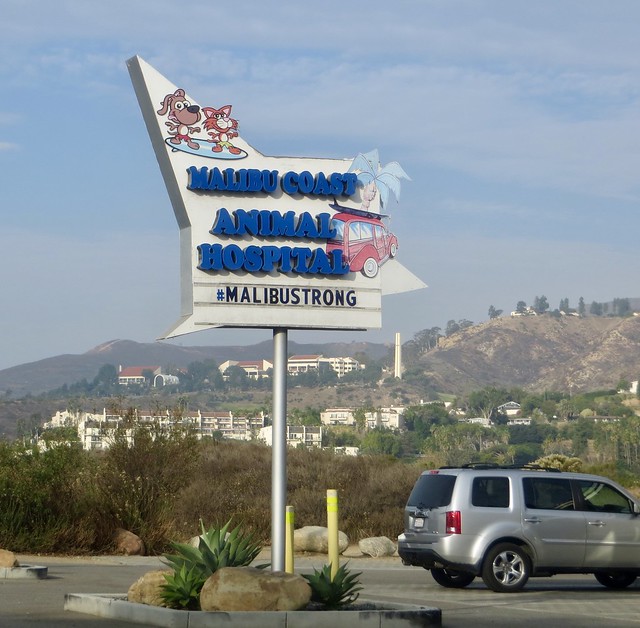 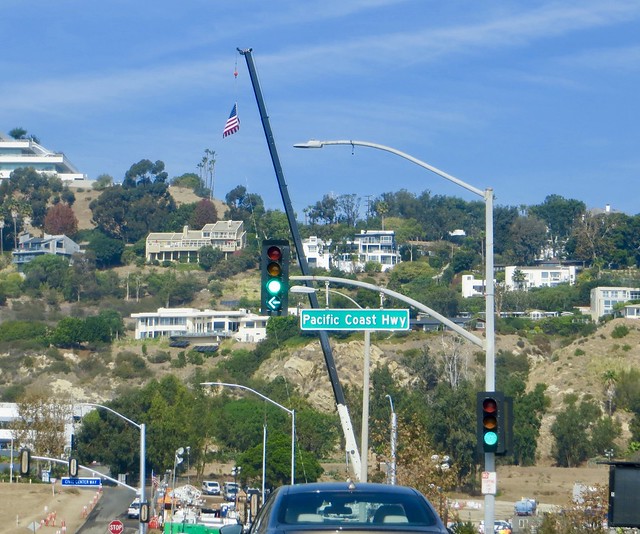 The evacuation zone in Malibu shrinks a bit every day and as the green zone expands, things begin to feel more normal. Here at Casa de LOUD!, which was so eerily quiet during the shut-down that the shore break sounded like canon fire, we're hearing traffic again. Lots of stores and restaurants have re-opened and everywhere you go, people are sharing joyous and tearful reunions.

The command center at the Chili Cook-off grounds remains massive, but the mix of vehicles has shifted. The vivid red, yellow and green of first responders has given way to the white and beige of repair trucks, all bristling with cranes and winches and telescoping ladders. There are tankers and earth movers and supply rigs, enormous flatbeds loaded with backhoes and bulldozers, everything you need to get a city back up and running. About an hour ago, someone ran a flag up one of the cranes.

The post office is closed but the library is open. So are the urgent care and the veterinary clinic. Many traffic signals are working again. Pelotons of cyclists are blowing through, breathing hard in the not-great air. There's still a firm-but-polite blockade preventing civilian vehicles from going any further north on PCH than Corral Canyon. The best map of the ever-shifting green zone that I've found, which appears to be updated as soon as the evacuation areas change, is here at the CalFire web site. 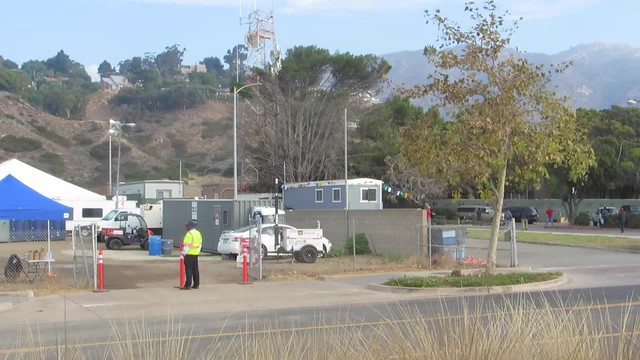 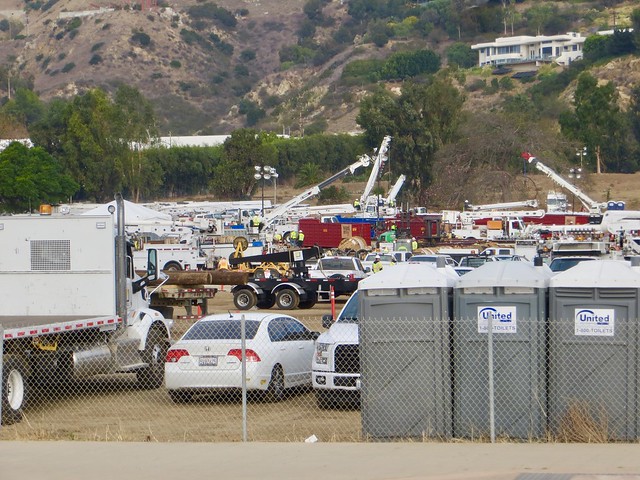 Next entry: This map might break your heart
More by Veronique de Turenne:
A moment at the pond
What happened to the cottage
New arrivals
IT'S PUPPY WEDNESDAY!
Man on wire

Previous story: The eastern flank of the fire
Next story: This map might break your heart
LA Observed front page | Media | Politics | Business | Arts | Place
New at LA Observed
'The Present'...and the fuzzy future of L.A. theater
The sea is dying, the art lives
The Santa Monica Mountains after (I'm sorry -- what??) the rain
Hello again
Family time
It's Puppy Wednesday!
They grow up so fast
We went back to Bluffs Park today
Happy Mother's Day!
I really miss the beach
Follow us on Twitter
On the Media Page