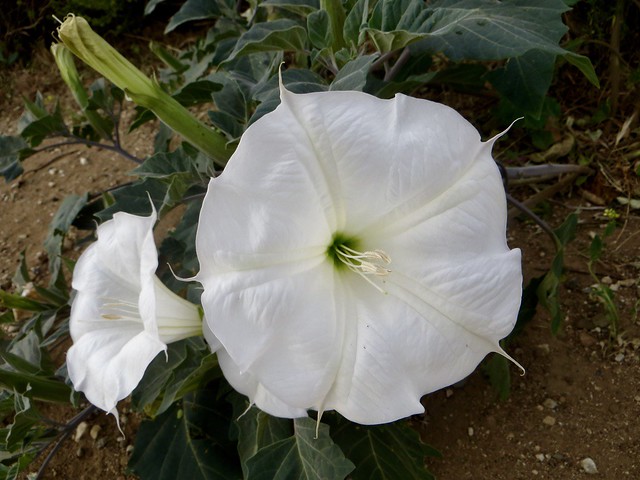 The solstice on Saturday switched the calendar to summer, finally catching up with the beach crowds that have been here all along. It's been June gloomy for the last week, low-hanging fog, a bit of mist, cool breezes. Today, though, just now in fact, the marine layer burned off, blue skies and ocean blue blending on the horizon.

Meanwhile, here's a datura growing in the shadows at Bluffs Park, mysterious and a little menacing. 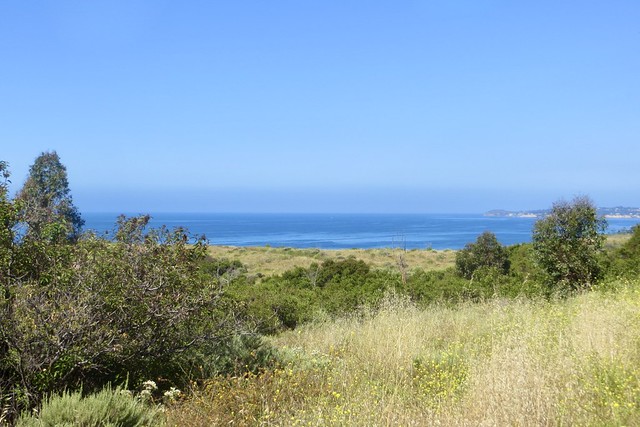 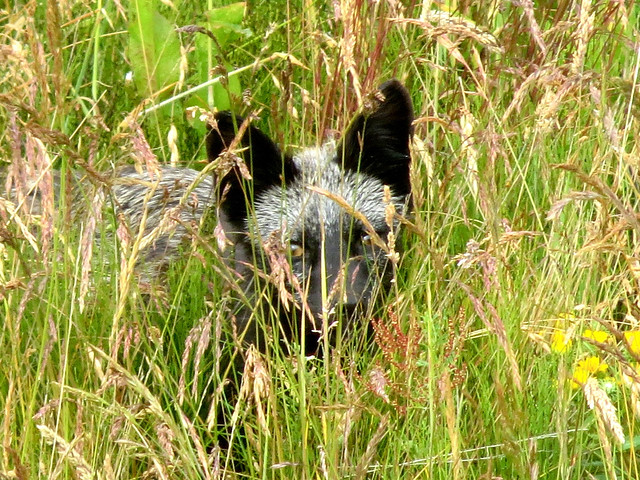 The little fox that used to visit a friend's house on San Juan Island. 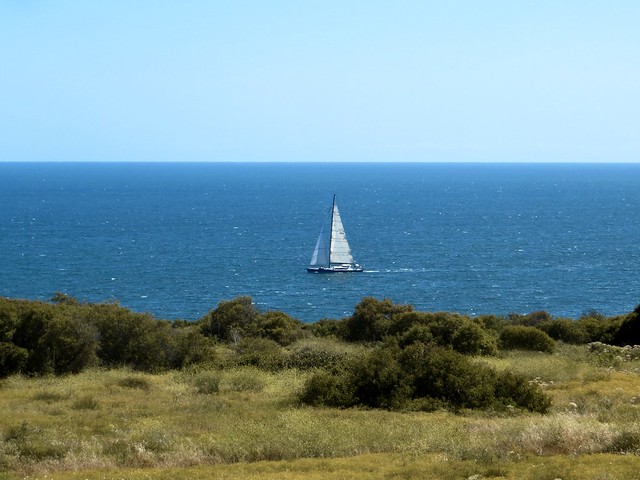 We were at the far end of Bluffs Park when Daisy suddenly sat down. She was licking her back foot and I thought maybe a foxtail or maybe a muscle cramp. She had been to doggie daycare the day before and she plays like a maniac, comes home sore sometimes. I checked her foot and found nothing. Coaxed her to walk a few feet. But then there was foam on her lips and now you could hear her lungs, a raspy sound like an asthma attack. A rattlesnake bite.

I had my camera but not my phone. The car was more than a quarter mile away. She was a solid little Lab, sixty pounds of muscle. I tried to pick her up and couldn't. Tried again but knew right away I wouldn't ever be able to carry her all the way back to the car. So I coaxed her again and she managed about twenty feet more and collapsed. We were at the main path now but still impossibly far. So I left her. Ran and got the phone. Called the vet. Two techs came, went down the trail and found the little Lab lying in the brush. One of the guys lifted her, hoisted her over his shoulder, carried her to his car and got her to the clinic.

The vets said they had never seen a dog get so sick, and so fast. More than one snake, maybe. Her temperature was 109. They worked with her, IVs, oxygen, a cool water bath, a dose of antivenom, then another, and then a third. But her temp only ever dropped down to 107. She still couldn't breathe. And then her heart stopped.

Don't make the same mistakes I did. If you walk your dogs in the wildlands here, make sure they've gone through the rattlesnake aversion training. Talk to your vet about the rattlesnake vaccine. Always walk with your phone. It's possible none of that would have mattered, that this was simply the worst kind of luck. But your mind, well, my mind, anyway, circles back, it's relentless, really, to the what-if and the if-only. It's hard. Sweet Daisy. 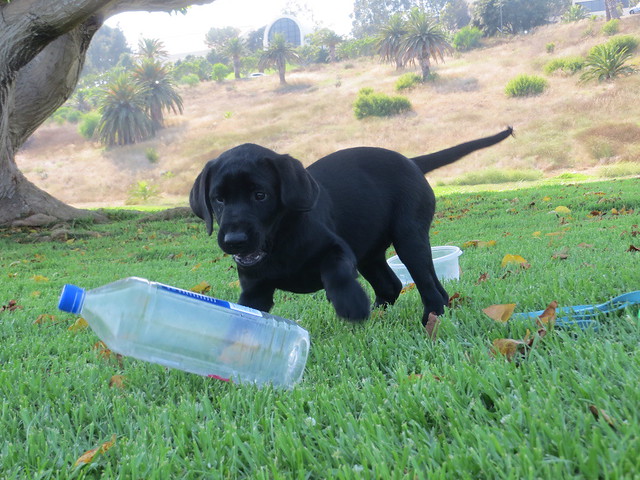 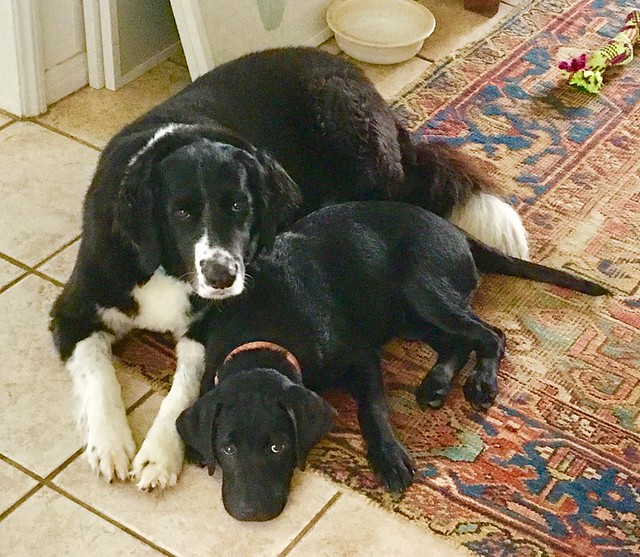 We'll get back to Malibu photos, I promise. But maybe not just yet. 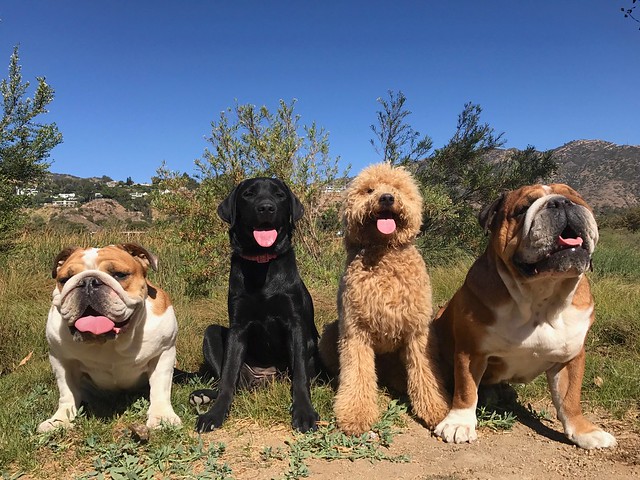