When the moon rises tonight at 6:39, it's already an astronomical event -- a supermoon. It'll be 20,000 miles closer, which will make it look almost 15 percent larger. Add in the lunar eclipse later on in the night (the schedule is here) and everyone is in an uproar.

NASA made a cute(sy) little explainer video; and here's an eclipse story from Wired.

Some info on where to watch in SoCal from KPCC, and from the LAT.

Meanwhile, the beach this morning, mostly gray and almost still. It's afternoon now and remnants of the marine layer are hanging tough, obscuring the sky and horizon. So despite understanding that if this haze does burn off it's because temps east of here have spiked into the 90s, I can't help rooting for clear coastal skies. In the name of moon science. 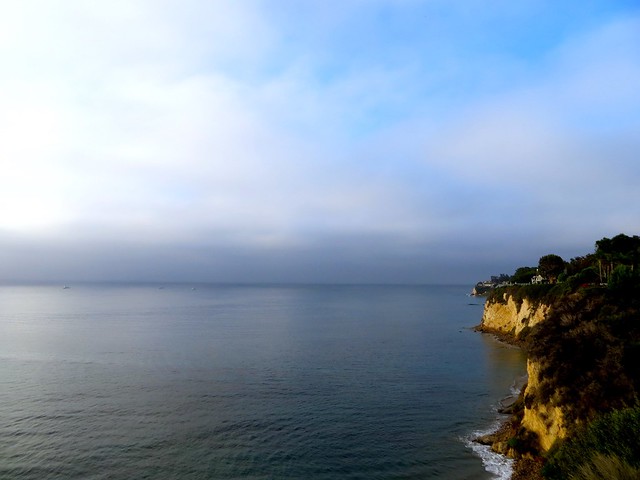 Previous story: Signs of Saturday: Pick a side
Next story: Monday? Really?
LA Observed front page | Media | Politics | Business | Arts | Place
New at LA Observed
'The Present'...and the fuzzy future of L.A. theater
The sea is dying, the art lives
The Santa Monica Mountains after (I'm sorry -- what??) the rain
Hello again
Family time
It's Puppy Wednesday!
They grow up so fast
We went back to Bluffs Park today
Happy Mother's Day!
I really miss the beach
Follow us on Twitter
On the Media Page