Now it gets dangerous again 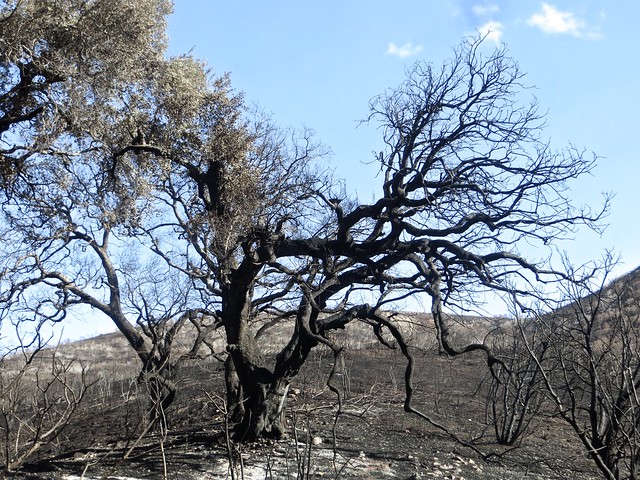 When the rain began here on Wednesday it wasn't too bad, gentle and light. Long before dawn today though, a steady downpour began. It hasn't let up since. We're under official flash flood warnings, mudslide warnings, and PCH is closed in several places, as are other streets where flooding has become quite bad.

The fire, when it raced through, was burning so hot that it pushed waves of combustible gases down the canyons. Moments before the wall of wildfire actually reached us, the landscape was already exploding into flames. 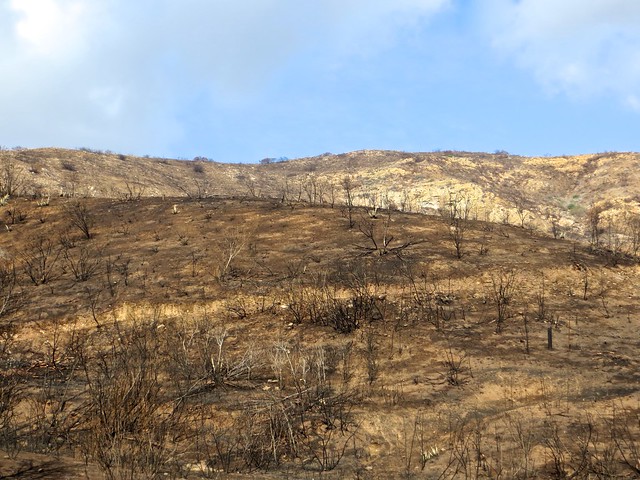 Today that leaves tens of thousands of acres in the Santa Monica Mountains -- they're saying up to 100,000 acres burned -- utterly naked. The shrubs and scrub and grasses whose root systems anchored the hillsides, whose foliage spread and slowed the winter rain, helped funnel runoff into certain arroyos and specific gullies which, over the decades, formed a kind of hydro-logic, are gone. Now it's a free-for-all. On the hillsides, rain sheets down and gravity takes over, no undergrowth left to stop or even guide it. It's just mud and ash and debris and rocks and boulders, all mixed into a freight train of slurry. 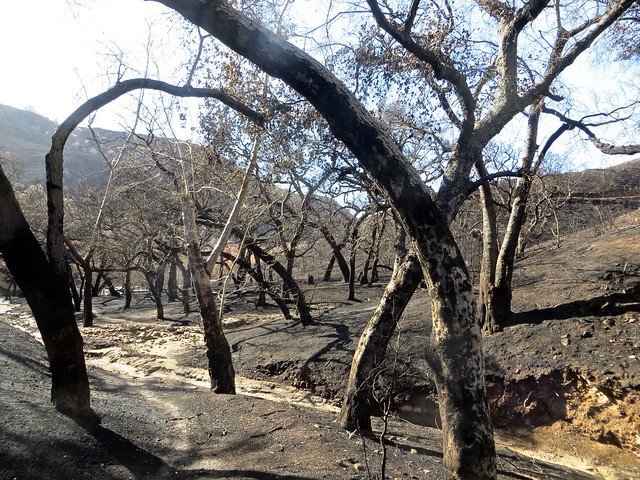 We've been hiking through Solstice Canyon lately and even last week's rain, a storm that was weak and short, transformed the landscape. New streams appeared, surrounded by mud that was ankle-deep. Solstice Creek itself was a thick sludge of slow-moving muck. 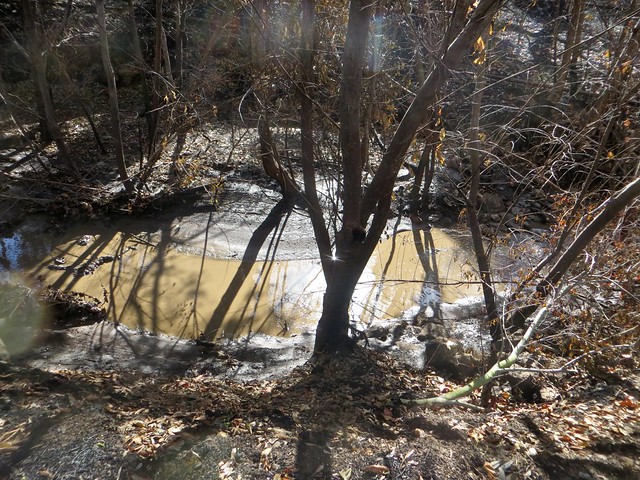 You'd see lines of deer tracks and groups paw prints that were definitely not dog, the wild animals here navigating an environment that has been radically changed. 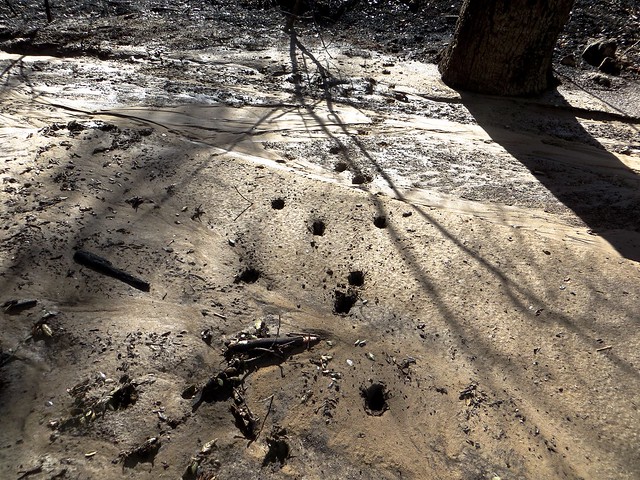 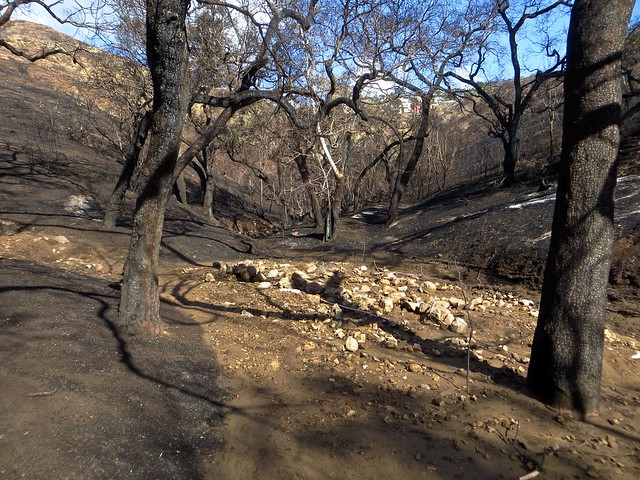 The whole point of this being don't take the flood and slide warnings lightly. Post-fire, it's a different world.

Next entry: After the rain
More by Veronique de Turenne:
After the rain
Now it gets dangerous again
It's Puppy Wednesday and guess what?
What happened to the oak grove in Solstice Canyon
Red sky at morning

Previous story: It's Puppy Wednesday and guess what?
Next story: After the rain
LA Observed front page | Media | Politics | Business | Arts | Place
New at LA Observed
'The Present'...and the fuzzy future of L.A. theater
The sea is dying, the art lives
The Santa Monica Mountains after (I'm sorry -- what??) the rain
Hello again
Family time
It's Puppy Wednesday!
They grow up so fast
We went back to Bluffs Park today
Happy Mother's Day!
I really miss the beach
Follow us on Twitter
On the Media Page