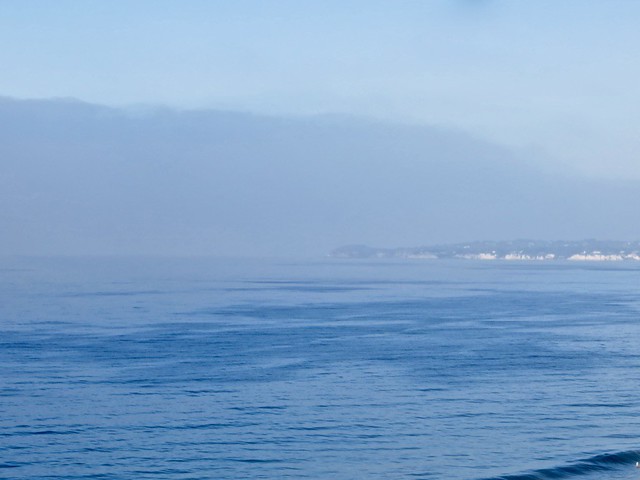 Today a local meteorologist was saying LA is in for high winds and high temps later this week, which will interrupt our "typical fall weather", and to be blunt, that's ignorant. High winds and heat are typical fall weather in Southern California. That's exactly what happens here in September and October and, lately, into November. It's that same lack of awareness that lets people say with a straight face that LA has no seasons, which is only true when you've decided not to pay attention.

End of crankiness. (For now.)

Previous story: It's the first day of fall
Next story: It's Puppy Wednesday!
LA Observed front page | Media | Politics | Business | Arts | Place
New at LA Observed
Testing testing
Another owl in another oak
Another shot of that handsome owl
Two minutes with a great horned owl
IT RAINED!
Happy birthday Teddy!
Yes, still here. Yes, still struggling in the spooky silence of a shuttered LAO
The marine layer these days
Vista
An update from the world's worst blogger
Follow us on Twitter
On the Media Page