After Daisy died last May, I tried to adopt an adult dog. I was looking for a senior, a female, and found four different dogs who could have been a good fit. A dog who would get along with Walt, who was good with kids, and who didn't have medical issues beyond my abilities. One was from the Ventura County shelter, but she got adopted a few days before the date of my telephone appointment to apply. And instead of letting me keep that telephone appointment to move forward with our second choice, the shelter just canceled it. Not at all helpful. So we then started looking at rescue groups, filled out applications, gave references, answered intrusive questions, and heard back from...no one.

The whole point of this is that Daisy's mom gave birth to a litter last week and the owner has saved a puppy for me, a female black Lab. She turned one week old yesterday, and she's somewhere in the pile of puppies below. Right now they're fairly inert, just heat-seeking milk-guzzling lumps of fur. They don't even really look like puppies yet, and the kids here seesaw between ooh! and eww! when they look at the photos. The pups start opening their eyes in another week, then their ears unseal, and then it's all about the learning curve. It's unexpected to be getting Daisy's half-sister, a truly happy time, but also so bittersweet. 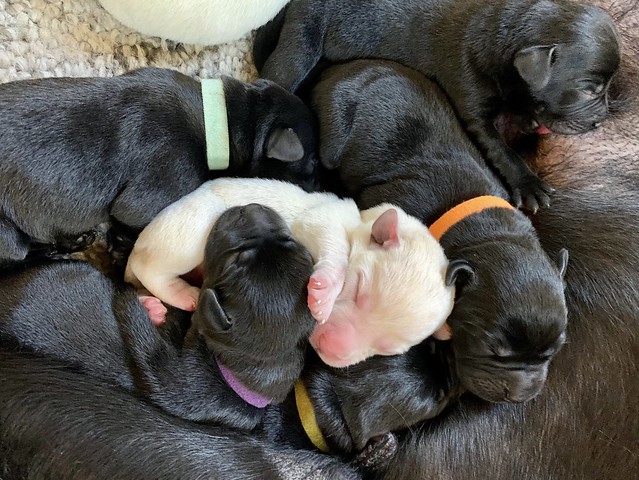 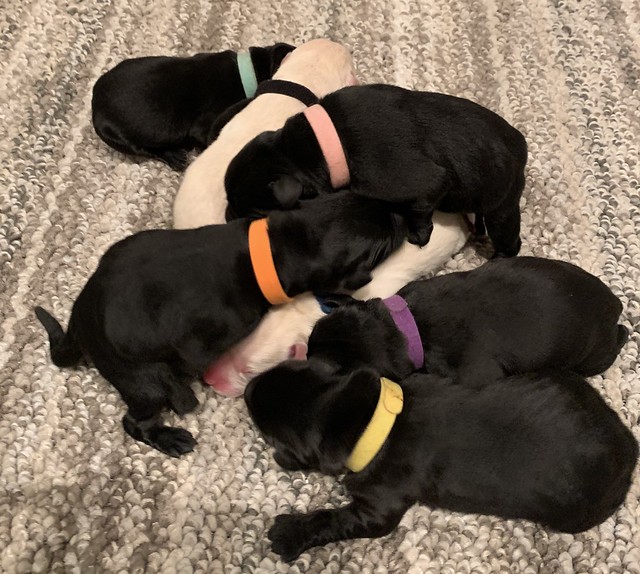 Previous story: I really miss having friends over to dinner
Next story: tbt: The slow season
LA Observed front page | Media | Politics | Business | Arts | Place
New at LA Observed
Testing testing
Another owl in another oak
Another shot of that handsome owl
Two minutes with a great horned owl
IT RAINED!
Happy birthday Teddy!
Yes, still here. Yes, still struggling in the spooky silence of a shuttered LAO
The marine layer these days
Vista
An update from the world's worst blogger
Follow us on Twitter
On the Media Page