Heartbroken that Tom LaBonge has passed away 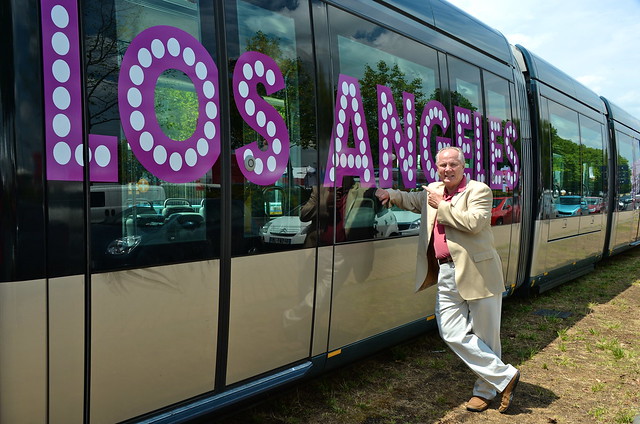 I was one of the lucky ones who got to go on solstice hikes with Tom LaBonge, receive a gift of pumpkin bread baked by nuns, and just generally bask in this lovely man's joy at being from Los Angeles. David Zahniser and Dakota Smith at the LA Times write about his untimely death, and big-hearted life:

The 39-year veteran of City Hall regularly asked Angelenos to name their favorite L.A. buildings. He gave away calendars of his own photographs of the city and handed out loaves of pumpkin bread baked by local nuns. He loved hikes in Griffith Park and on at least one occasion, went to San Pedro for the Polar Bear Swim, charging into the chilly water on New Year's Day.

When voters considered breaking the city up into two or three pieces, LaBonge made clear he was passionately opposed.

If secession passed, "the sun would rise and all the other things would happen," LaBonge told The Times in 2002. "But it would personally hurt me."

LaBonge, who served on the City Council from 2001 to 2015, died Thursday. His wife, Brigid, said she had been unable to wake him up after he had been resting on the couch. Paramedics were called to their Silver Lake home. He was 67.

There's more, and it's worth reading, so please do click the link.

Next entry: The middle distance
More by Veronique de Turenne:
It's Puppy Wednesday! And you'll need earplugs!
The middle distance
Heartbroken that Tom LaBonge has passed away
www.hereinmalibu.com
Apparently it's still Christmas, and some kind of big news

Previous story: www.hereinmalibu.com
Next story: The middle distance
LA Observed front page | Media | Politics | Business | Arts | Place
New at LA Observed
Testing testing
Another owl in another oak
Another shot of that handsome owl
Two minutes with a great horned owl
IT RAINED!
Happy birthday Teddy!
Yes, still here. Yes, still struggling in the spooky silence of a shuttered LAO
The marine layer these days
Vista
An update from the world's worst blogger
Follow us on Twitter
On the Media Page